One trafficker is the father of a rescued girl 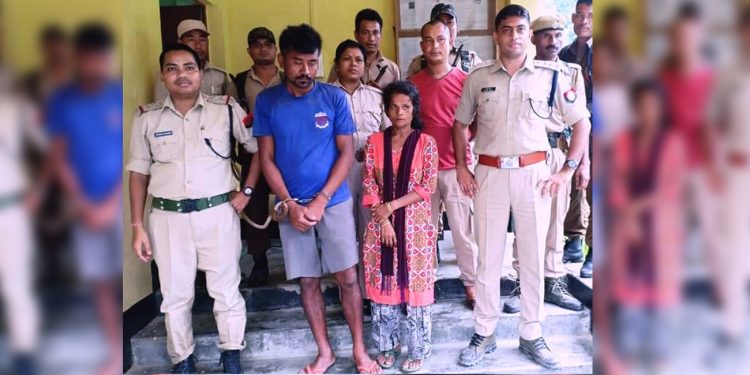 Two 13-year-old girls on Tuesday were rescued from the clutches of human traffickers from Yupia in Papum Pare district of Arunachal Pradesh.

The operation was carried out by a team of Lakhimpur police led by Dhakuwakhona Sub-Divisional Police Officer Mohan Lal Meena.

Phulen Gohain is the father of one of the rescued girls.

Police said that Gohain and his (second) wife Chinu lured the girls to go with them to Arunachal Pradesh, convincing them of a better future.

The incident took place on July 13.

“Sushil Barman, father of the second girl, lodged an FIR after his daughter went missing on July 13 and tracing social media feeds we successfully rescued the two girls from Yupia,” police said.

Police said that Phulen Gohain is a history-sheeter and previously trafficked his daughter from his first wife.

Two PAN and Aasdhar cards were also retrieved from Gohain and his wife.

Trafficking of teenage girls from Assam to Arunachal Pradesh has been going on rampantly for quite some now.

Sources reveal that human traffickers lure young girls with a better life and education and traffick them to the neighbouring state.