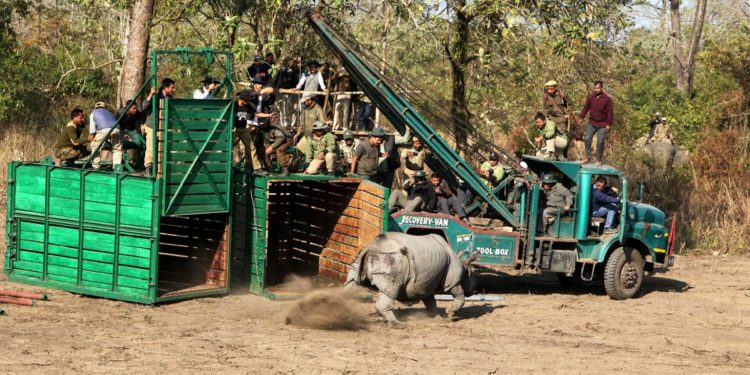 Two sub-adult female rhinos, captured in the western range of Bagori in Kaziranga National Park (KNP), were released in Manas National Park (MNP) on the wee hours of Sunday morning.

The rhinos, released in the central part of Bansbari range, were translocated overnight from Kaziranga with strict security and veterinary surveillance as per the protocol.

During the transportation process, members from various teams formed by the Translocation Core Committee (TCC) accompanied the rhino convoy that covered a distance of around 280 km from KNP to MNP.

This is the seventh round of rhino translocation under the Indian Rhino Vision 2020 and with these two females, a total of 20 rhinos have been translocated to MNP under the IRV2020 programme.

The rhinos have been released under the supervision of the experts and all the operations for the release was conducted under the guidance of Anindya Swargowari, CHD forest, BTC.

Kaziranga National Park remained closed for visitors on Saturday as preparations to shift the rhinos were on.

On Sunday, the Manas National Park remained closed for the visitors since the two rhinos were released there.