There is no alternative to hard work, says Sarbananda Sonowal 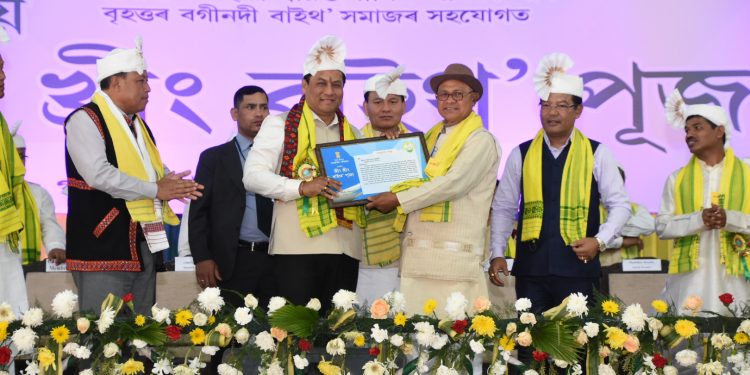 “For any individual or a nation to establish its distinct identity, there is no alternative to hard work, “said Assam Chief Minister Sarbananda Sonowal.

Sonowal urged the Sonowal Kachari community to resort to hard work to take forward its socio-cultural, religious and spiritual tradition and values.

He also announced financial assistance of Rs 1 crore for development of Gajai-Monai sports and cultural complex at Boginadi.

Sonowal said that Assam government is putting up sincere efforts to preserve and promote the distinct language, culture and tradition of all small and large communities so that they could be more empowered and stronger.

“This would also help in projecting the state in global platform with a distinct identity,” he added.

Stating that there are tremendous competitions in today’s world for the young generation to establish themselves successfully, Sonowal underlined the importance of education for all-round development of their personality.

He also urged senior citizens, parents and teachers to pay special attention in this regard and motivate them to take up studies seriously.

Sonowal also called upon them to induce cultural and traditional values among their children.

Highlighting the negative impact of drug use and misuse of social media by a section of the youth, Sonowal also urged the senior citizens and parents to keep a close watch on the youths.