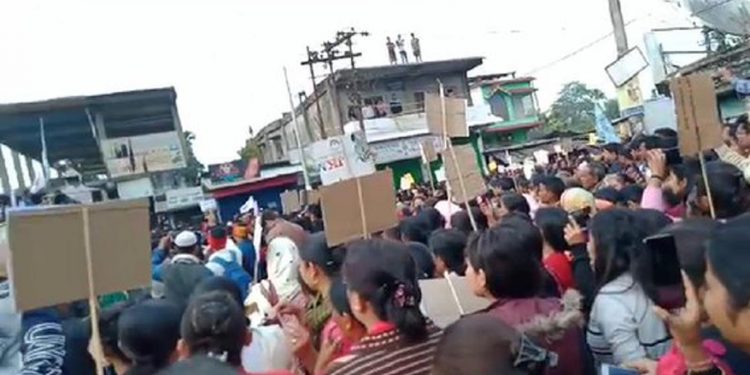 Bandita Bora, a commuter teacher of Jawahar Novodaya Vidyalaya, Titabar was served with a termination notice on Wednesday for supporting school students participating in anti-CAA protests.

On Wednesday, there was uproar in the school with students staging a protest against the principal and the school authorities for terminating Bora from her services.

Allegations were rife that she had been terminated as she had posted comments against CAA in Facebook.

The Titabar unit of Asom Jatiyatabadi Yuva Chatra Parishad (AJYCP) also took up the matter with the authorities and has threatened to intensify agitation if Bora is not reinstated within a short time.

Jorhat deputy commissioner Roshni Aparanji Korati on Thursday clarified that Bandita Bora was served with termination letter not due to uploading materials against CAA in social media but due to negligence of duty.

Korati said the school authority had issued a show cause notice to Bora for ‘negligence of duty’.