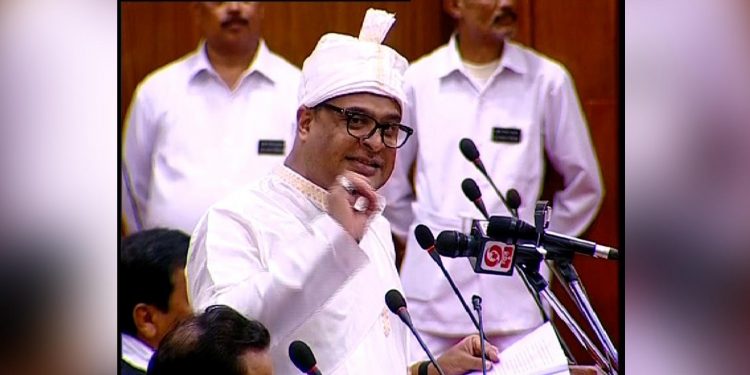 Under Tea Mission, a subsidy of Rs 7 per kg for production of orthodox tea, withdrawal of agricultural income tax for three years and 3 per cent interest subvention on all term loans and working capital loans would benefit the tea industry, especially when it was passing through the crisis period.

Barkakoty said they were extremely happy at the announcement of the establishment of a Tea Museum commemorating the Golden Jubilee celebrations of the Guwahati Tea Auction Centre.

He further said they would appeal the finance minister to include Green Tea, White Tea, Purple Tea, Yellow Tea, Oolong Tea and all other speciality teas under the Rs 7 per kg subsidy scheme.

This would help the small tea growers engaged in the production of speciality teas in availing the scheme, Barkakoty said.

“Presently the production of Orthodox tea, Green tea and other speciality teas in Assam is to the tune of about 70 million kgs annually, which is about ten per cent of Assam’s total production,” he said.

“This subsidy will encourage tea producers to produce more orthodox tea, which has a global demand,” he added.

“This will also help in increase in the price of CTC tea variety because of less production due to some quantity getting converted to orthodox variety,” he added.

Some other benefits announced in the budget, which would benefit the tea garden workers, are compensation scheme to pregnant women which has been increased to Rs 18,000 from present Rs 12,000, four kilos free sugar, free electricity for those whose monthly consumption is up to 30 units.

In addition, the government was already providing free rice, had already paid Rs 5,000 in two instalments under Chah Bagicha Dhan Puraskar mela and now additional Rs 3,000 per worker would be paid to more than seven lakh tea garden workers.

The other benefits already being implemented were smartphones to tea garden sardars, average payment of Rs 50,000 as gratuity after retirement, pavers block a road in labour lines of divisions, setting up of 102 high schools in tea gardens, development of 100 existing football fields in tea gardens.

More manpower to the directorate of the welfare of tea tribes and Rs 10,000 each to students who pass HSLC and HSC exams have also been welcomed by the forum.