Was there any kind of a “pressure” on the Assam Forest officials to expedite the process of transportation of the four juvenile elephants? 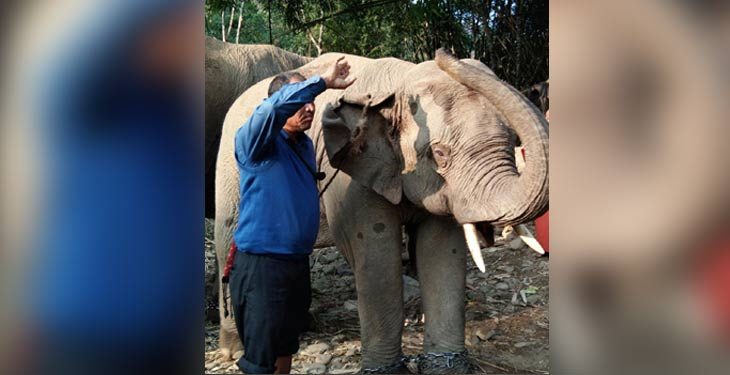 Animal rights activists are euphoric with the Assam Forest Department’s decision to keep in abeyance the plan to transport four elephants amidst the heat wave to Gujarat.

But, why did Ranjana Gupta, the Chief Wildlife Warden of Assam take so long to retract her initial decision to transport the four elephants to the Jagannath Temple in Ahmedabad?

Was there any kind of a “pressure” on the Assam Forest officials to expedite the process of transportation of the four juvenile elephants?

The Assam Forest Department apparently granted permission to transport the four elephants to Gujarat in an absolute hurry.

While the NOC from the Gujarat Forest Department for the elephant Joytara was issued (Letter no. WLP/26/B/1020/2019-20, dated 12/06/2019), the Assam Forest Department granted permission (Office order no. 396) for transportation the same day.

Similarly, the NOC from Gujarat government was issued for male juvenile elephant Babulal was issued on June 12, and the Assam forest department granted permission (Office order no. 397) for transportation the same day.

The case with two other elephants – Rupsing and Rani were even more interesting. Both are suspected to be caught from the wild, and not captive born.

The NOC from Gujarat came on June 13, and the Assam forest department granted permission (Office order no. 401) to transport Rupsing on the same day. Interestingly, it was mentioned in the order that Rupsing was micro-chipped on June 13.

The fourth elephant, Rani was granted permission for transportation on June 14, and the NOC from the Gujarat Forest Department was issued the same day. The female juvenile elephant was also micro-chipped on June 13.

The role of one Hukumdar Khan made the entire debate on elephant transport to the Jagannath Temple in Gujarat “murky” because he is one of the “middlemen”.

Hukumdar Khan was also present at the office of the Chief Wildlife Warden of Assam on Wednesday when a delegation from the Jagannath Temple visited Guwahati to enquire about the progress of the elephant transportation.

On Thursday, the Assam Forest Department finally decided to keep in abeyance the decision to transport four juvenile elephants from Tinsukia to the Jagannath Temple in Ahmedabad.

Ranjana Gupta said in the order that in view of the prevailing heat wave condition in North West India, the order to transport the elephants have been kept in abeyance.

The Assam Forest Department had no other option but to keep in abeyance the decision because of the response to the report by the Veterinary Experts Committee, which was submitted on Wednesday evening.

The veterinary experts had said as elephants have very weak thermo-regulatory system, owing to presence of minimal sweat glands, there was every possibility of the elephants suffering heat stroke while on transit.

The Wildlife (Protection) Act, 1972 has very strict rules when it comes to capturing of wild animals, which it defines as hunting under Section 2(16) of the act.

As a Schedule I animal, Section 9 of the act prohibits the capture of elephants from the wild. It is a non-compoundable offence, punishable with three to seven years imprisonment, and a fine of not less than Rs 10,000.