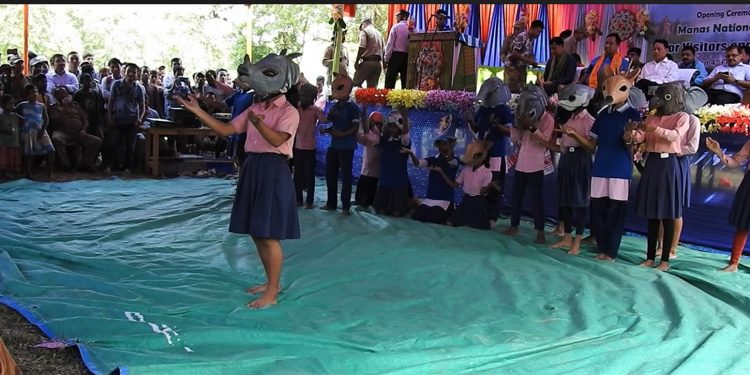 Students of Bahbari High School in Baksa district recently performed a street play highlighting the importance of conservation of water.

The play titled ‘Dwi-The Water’ was performed during the formal reopening of the Manas National Park by some 32 students of the school.

The play was staged to spread the message of the importance of water in our lives and how Manas Tiger reserve (that supports 22 streams and rivers) has enhanced wildlife and the life of people living on the banks.

The play also carried a message on the rampant use and disposal of single-use plastic in and around Manas.

Through the play the students urged the authority to ban plastic/polythene inside the park and its fringes.

The students later visited the park and went for a Jeep Safari as well.

The audience present appreciated the students’ efforts to convey the message on conservation of forest and water of the Manas National Park.

This was the last performance of ‘Dwi’ at Manas as the verdict of ‘No polythene in Manas’ by local, regional and Indian Government has been passed, for which this play has been staged.