State government has adopted a holistic approach to help youths in taking up sport as a career: CM Sarbananda Sonowal 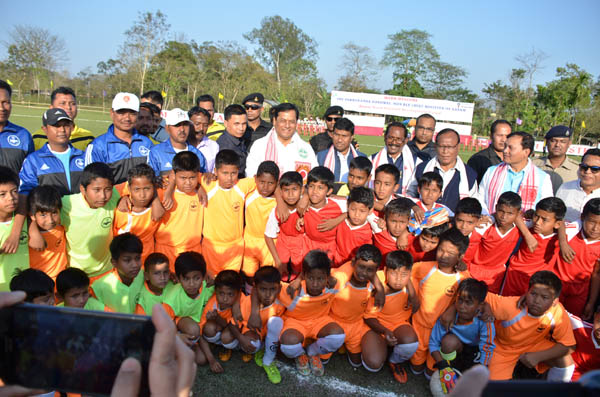 Assam Chief Minister Sarbananda Sonowal announced, that the State Government would spend an amount of Rs 20 lakh per play ground for modernization of 500 play grounds in rural areas of Assam.

CM Sonowal made this announcement at the the concluding ceremony of Inter Academy Master League under 11 Football tournament organised by Assam Youth Development Forum at Chalakataki under Duliajan LAC in Dibrugarh district on Monday.

He said that the state government has taken up various steps to develop sports infrastructure in the state and organized number of international sports events in its bid to transform Guwahati into India’s Sports capital.

He also informed that already FIFA and AIBA authorities have appreciated state government’s initiatives in this regard.

Stating that the government has adopted a holistic approach to help the youth in taking up sport as a career, Sonowal urged the parents, teachers and sports organizations to work jointly for giving an impetus to the government efforts.