Stakeholders must be taken into confidence: Meghalaya Speaker Metbah Lyngdoh on border dispute with Assam

Assam CM Himanta Biswa Sarma had said that his government's topmost priority would be to resolve border disputes among Northeast states. 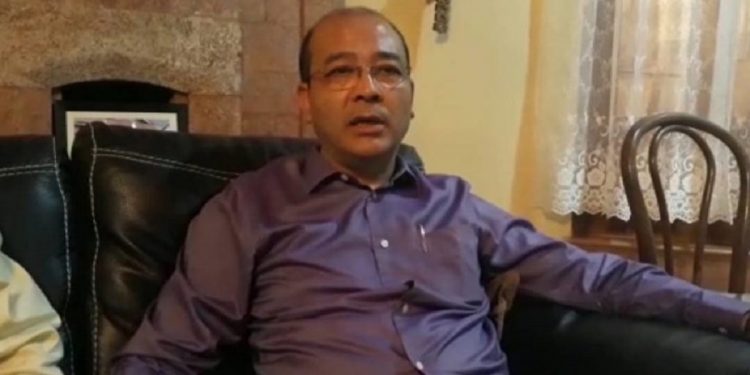 Meghalaya Assembly Speaker Metbah Lyngdoh has said that all stakeholders from Assam and Meghalaya must be taken into confidence while resolving the border issue between both the states.

Speaking to the media, Metbah Lyndoh said that he passed on the same suggestion to Assam chief minister Himanta Biswa Sarma during their meeting recently.

“Any decision for resolving the border dispute between Assam and Meghalaya must be taken after taking into confidence stakeholders from both the states,” said Metbah Lyngdoh.

Notably, Assam CM Himanta Biswa Sarma had said that his government’s topmost priority would be to resolve the border disputes among the Northeast states.

CM Sarma had said that inter-state border disputes among the Northeast states is a major stumbling block in taking a unified policy for the region.

“Rivalry in maintaining the borders and these have acted as a stumbling block towards developing a unified policy for the development of the region,” CM Himanta Biswa Sarma had said.

“Resolving border disputes among our sister states and bringing uniformity in various policy approaches like tourism, infrastructure development and connectivity, which will go a long way in the development of the region, are among the important objectives of my government,” CM Sarma had said.