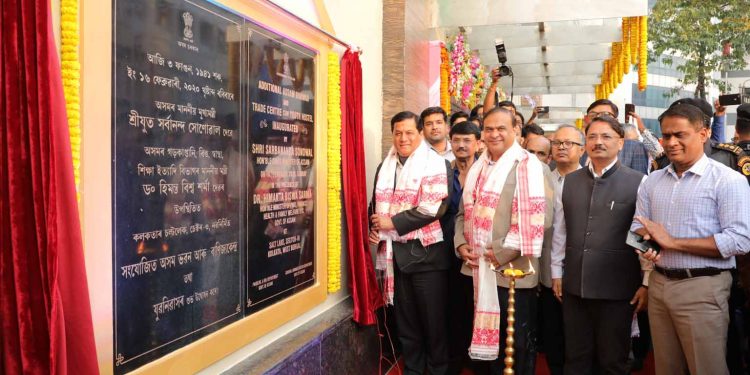 Built by the State PWD, the Assam Bhawan is located at Salt Lake, Sector 3 in Kolkata.

The eleven storied new building is built with modern amenities and air conditioning and it has 35 rooms and dormitories separately for men and women.

Speaking on the occasion, Sonowal said that the new Assam Bhawan would strengthen relations between the people of Assam and West Bengal.

“It will also help promote trade activities between the two states,” Sonowal added.

Sonowal further said Assam would soon become a front-ranking state of the country in terms of development and urged the Assamese diaspora living in Kolkata to contribute positivity in this regard.

He said for the benefit of people of Assam travelling to other parts of the country, Assam government has taken steps for construction of new Assam Houses.

As a part of this, the government has already inaugurated Assam Houses at New Delhi and Chennai.

He informed that the Assam Bhawans constructed at Vellore and Bengaluru would be opened soon.

He also said that the state government plans to build a new Assam Bhawan at Dwarka in New Delhi and a new building at Kolkata by demolishing the old one located at Russel Street.