The statue has been installed through a joint initiative by the Cultural Affairs and General Administration Department of the Assam government.

While speaking on the occasion, said that installation of the statue would give a new impetus to literary, cultural and people to people relations between Assam and West Bengal. 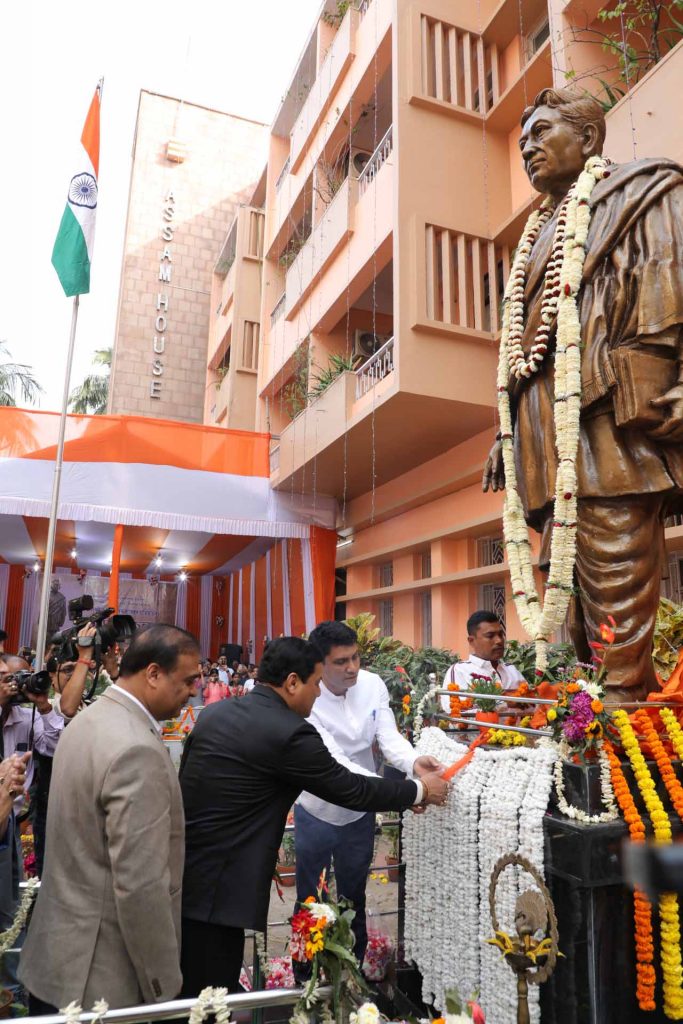 He termed the day historic and said Lakshminath Bezbaruah created many of his literary masterpieces while he was in Kolkata.

Further saying that the statue would help the young generation to know more about the literary doyen, Sonowal observed that this would also inspire them to take Assamese literature forward.

Sonowal, while addressing the students present there, said that success comes through hard work.

“Students must put their best efforts with dedication, positive attitude and sincerity to be successful in life,” he said.

The CM also asked the Assam House authorities to take adequate steps for proper upkeep of the statue.

He also appreciated the work of sculptor Biju Das who made the statue.