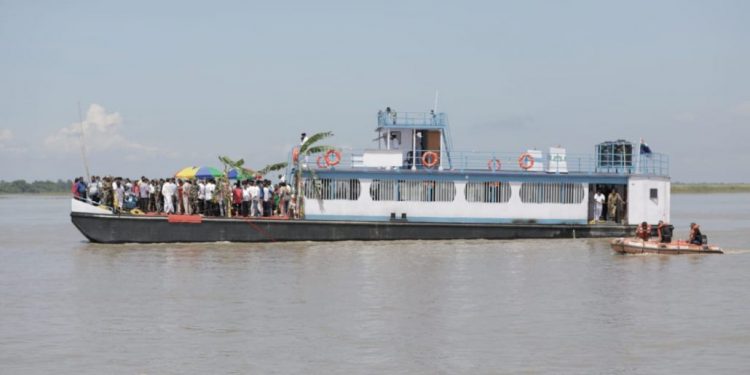 The Assam government on Saturday suspended seven staffers of the Inland Water Transport Directorate for “gross negligence of duty” over partial submersion of a pontoon at Gobardhan ghat in Chandrapur on the outskirts of Guwahati.

The suspended employees cannot leave the headquarters without prior permission of the competent authority, the statement said.

The pontoon which was stationed at the ghat on Kolong river for several years had remained partially submerged for about three days earlier this week and the employees concerned had reportedly not taken any action to retrieve it, a senior official said.

Noting that no negligence of duty will be tolerated, the Minister said strict action will be taken against anyone found guilty.