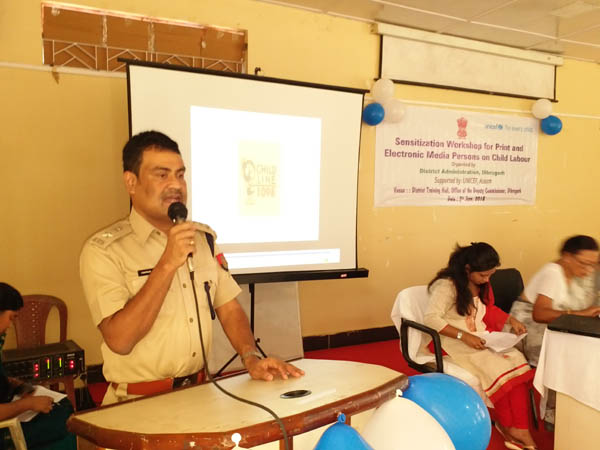 According to statistics, India has the highest record of child labour  with around 1, 26,66 377  children in employ from five states of India such as Bihar , Uttar Pradesh , Rajasthan Madhya Pradesh and Maharastra etc.

In Dibrugarh district training hall  a workshop for print and electronic media people on child labour was held.

The workshop was organized by the Dibrugarh, District  Administration in collaboration with UNICEF.

A documentary  by UNESCO on the  raid of local wine was shown.

There was also a video conference with Chief Minister Sarbananda Sonowal who reiterated that in Dibrugarh District, child labour should be stopped.