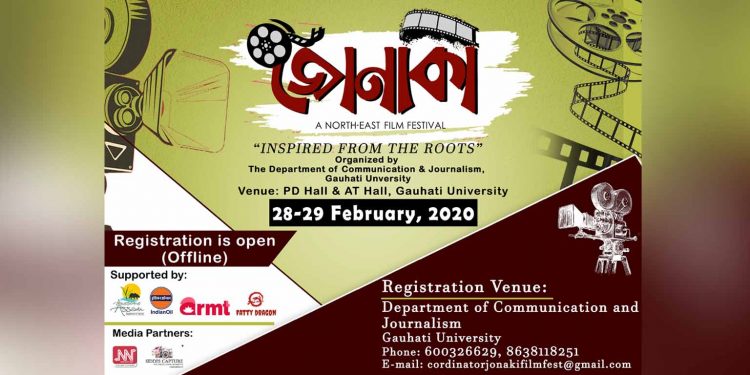 The Department of Communication and Journalism, Gauhati University, is all set to host the second edition of two-day Jonaki Film Festival from Friday.

The festival, which was held for the first time in 2018, will screen 12 different films from across the northeast.

The films will be screened at the Phanidhar Dutta Memorial Hall and AT Hall in Gauhati University premises.

“The main aim of the festival is to promote the ethnic language films from Northeast among the students so that they become conscious of the future prospects of the Northeast film world,” said chief coordinator Rakesh Haloi.

Mishing, another National Award-winning film by Bobby Sarmah Baruah, will also be screened at the festival.

Yarwng, the first film from Tripura to have won the National Award, will also be screened in the festival.

Not just this, a cine quiz competition, short film competition, and a workshop on animation will also be organised to inculcate and to elevate the knowledge of the students regarding film so that they come forward and make positive changes in the cinema realm.

The festival will end on Saturday.