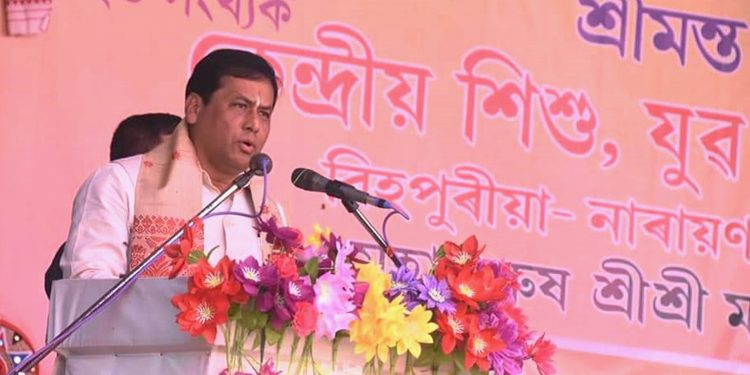 He was addressing the 26th annual conclave of Srimanta Sankardeva Sangha (SSS) for children, youth and mothers.

The three-day conclave, which began on Friday ended on Sunday in Narayanpur in North Lakhimpur.

Speaking on the occasion, the Chief Minister recalled the contributions of the Vaishnavaite saint Srimanta Sankardeva.

“We should also emulate Sankardeva’s teachings for the development of the state,” he reiterated.

Later, Sonowal also planted a sapling and urged all to plant at least one sapling.

“One tree is equal to one hundred trees,” the CM said.

The three-day conclave began on Friday in Madhabdeva Samannaya Kshetra in Narayanpur.

Various programmes and lecture series were organised in these three days.