The much-awaited Dibrugarh-New Delhi Rajdhani Express through Bogibeel Bridge arrived in North Lakhimpur Railway Station on Tuesday midnight before moving towards its destination.

The premium train express service would run from Dibrugarh to the national capital on Monday and Friday and return on Thursday and Sunday respectively.

The 02505 up train arrived at the North Lakhimpur station at 12.20 am on Tuesday and it was greeted by a cheering crowd.

The engineers of the train were welcomed by the members of Bharatiya Janata Yuva Marcha. 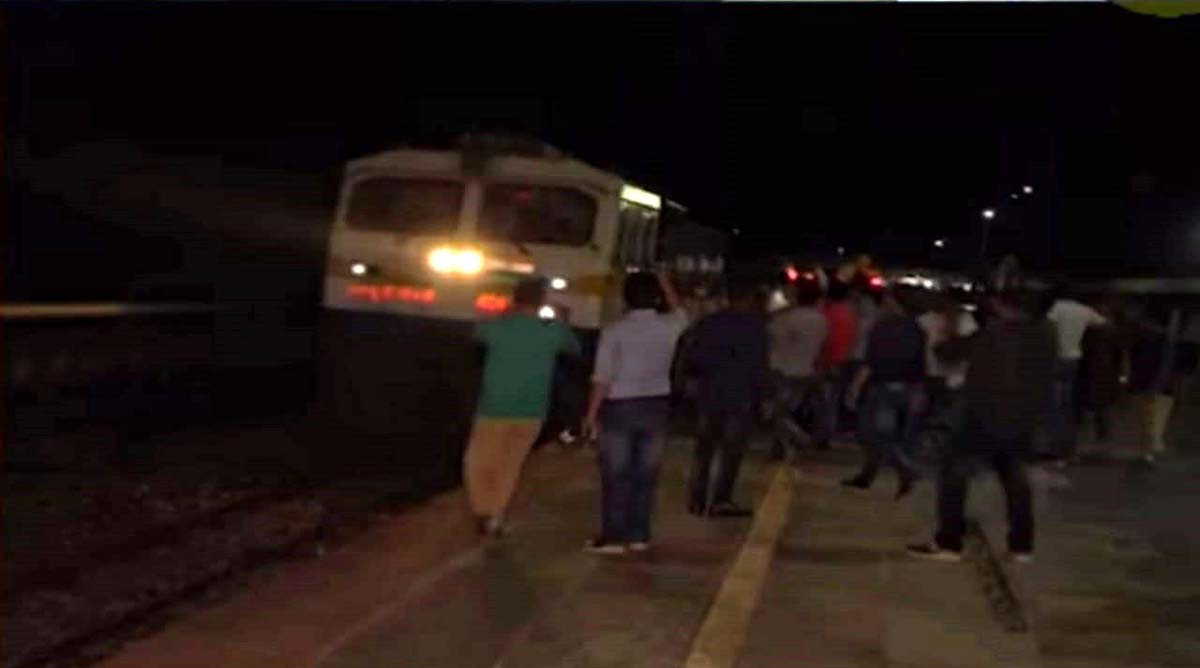 Some passengers from North Lakhimpur, who boarded the train on its maiden journey, were also welcomed by the BJYM at the railway station.

The stop of Rajdhani Express in North Lakhimpur marks as a significant day for the communication history of Lakhimpur district.

It was a long-standing demand of the people of the district since the opening of the rail-cum-road Bogibeel Bridge in late 2018 to operate a Rajdhani Express through this route.

The train would also stop at Harmutty Junction in Lakhimpur district.