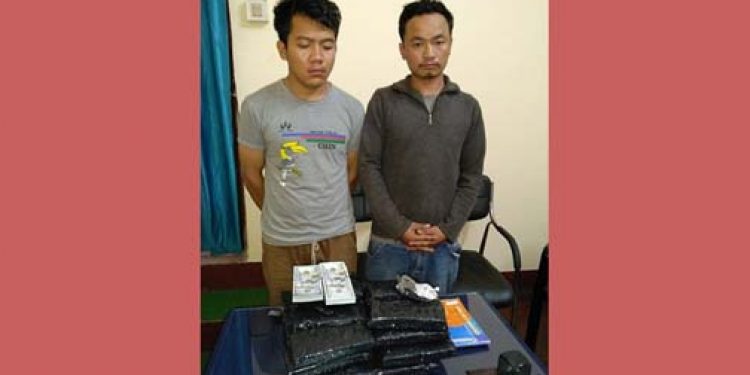 A train checking party of Government Railway Police Station (GRPS) at Guwahati Railway Station was able to recover US dollars 5,40,000 worth approximately Rs 3.78 crore in Indian currency from the possession of two youths and arrested them.

According to information, the youths were arrested from platform no. 2 of the Guwahati Railway Station.

One of the two youths, nabbed by the Government Railway Police (GRP), has been identified as 21-year-old Golianmung, son of Singdolium of Thangho Street at Gouchin Khup Veng in New Lamka under New Lamka Police Station of Manipur’s Churachandpur district.

The another youth has been identified as 19-year-old Thang Piang, son of Dim Cinh of GS Road at New Lamka under New Lamka PS of Manipur’s Churachandpur district.

During interrogation, the arrested youths had stated that they boarded the Up Saraighat Express at New Jalpaiguri Railway Station in West Bengal and de-boarded at Guwahati Railway Station for moving towards Manipur by bus.

Both the persons have been handed over to Customs Department officials for follow-up action, say sources.