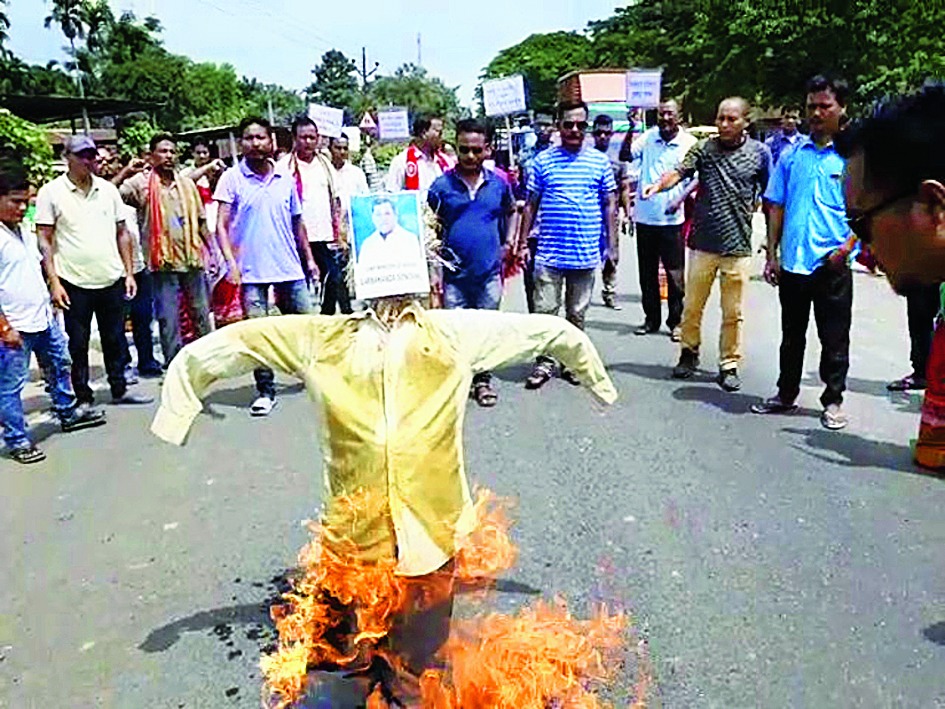 They alleged that chief minister Sarbananda Sonowal violated his promise by allowing a gazette notification for the Assam State Capital Region Development Authority (ASCRDA) that could include areas under the RHCA in Kamrup district.

“We had protested when a bill for formation of the ASCRDA was passed in September last year and the chief minister called us for a meeting in Dispur. Sonowal assured us that the Rabha areas will not be included. But he has now violated his promise as he had referred the bill to Assam governor Jagdish Mukhi for issuing a gazette notification. We will not accept any move to infringe upon land belonging to the indigenous Rabha community and will continue to fight against such anti-people move,” ARSU president Ramen Singh Rabha said.

The new capital region area would comprise 6,137km in 24 revenue circles in Kamrup (metro), Kamrup, Nalbari, Darrang and Morigaon districts. Various organisations, however, protested the move, saying it would infringe upon the tribal belt and block lands allotted for the indigenous communities in these districts.

In the first meeting of the ASCRDA on Tuesday, Sonowal had assured that rights of the indigenous people living within the jurisdiction of region would be fully protected.