Premier Badminton League kicks off to a colourful start

The 3rd edition of the Premier Badminton League kicked off to a colourful start in Guwahati on Saturday with Assam Chief Minister Sarbananda Sonowal inaugurating the mega sporting event.

Speaking on the occasion, Sonowal thanked all the participating star shuttlers from across the globe and exuded optimism that their participation will inspire ‘the youngsters in our country’.

He also said champions are made through hard work and urged all budding players to take things seriously to shine in their respective fields.

In his welcome address, Sarma talked at length about the success story of top Indian badminton players in the international circuit. 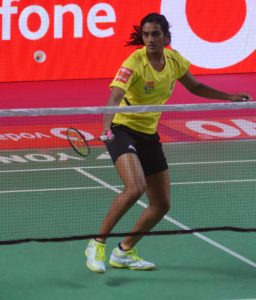 It was apparently an one-sided affair as Chennai’s Farid hardly could put any challenge for Kashyap who was far better in all aspects. As it was a trump match, Kashyap gathered two points for his team.

Indian star Kidambi Srikanth made it 3-0 for the warriors with a 15-12, 15-13 victory against Brice Leverdez in the normal men’s singles.

Earlier, star attraction Sania Nehwal of Awadhe Warriors was ruled out of the inaugural match against Chennai Smashers P V Sindhu as she did not fully recover from an ankle discomfort on the right leg.

However, Awadhe coach Anup Sridhar expressed hope Saina will turn up at the Siri Fort Sports Complex in New Delhi for their second match against North East Warriors on December 30.