Assam chief minister Sarbananda Sonowal on Sunday announced that the policemen and employees of all other frontline departments fighting against COVID19 in the state will be brought under Rs 50 lakh insurance cover.

Assam chief minister Sonowal made the announcement while addressing media persons at the office of Assam Director General of Police (DGP) on Sunday.

The Rs. 50 lakh insurance scheme has been announced by Prime Minister Narendra Modi for the health sector workers.

Earlier, the Assam chief minister reviewed the law and order situation of the state along with taking stock of the COVID19 scenario in a meeting with the police officials held at Assam Police Head Quarters on Sunday.

Saying that Assam Police has played a very proactive role in ensuring lockdown in the state and appreciated the service rendered by the force in helping all other departments to maintain availability of essential commodities during this time of crisis.

Assam Police have been able to win the trust and goodwill of people of Assam with their exemplary service, the chief minister said. 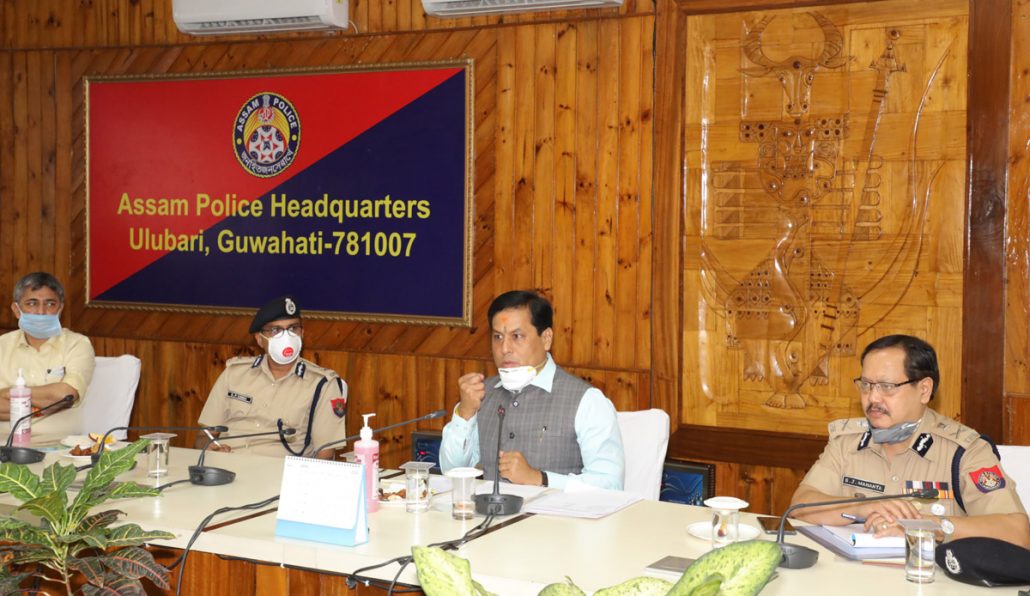 In the meeting, DGP Bhaskarjyoti Mahanta and other top officials of Assam Police apprised the chief minister of various steps taken by the police department to maintain law and order during the COVID19 outbreak.

The DGP and other police officials informed that till Sunday, 446 cases of lockdown violations had been registered in the state and 1,074 people were arrested.

The Assam chief minister was also apprised of the various steps taken by Assam Police to check the spreading of misinformation and rumours on social media.

The chif minister was apprised that 200 complaints had been registered by the police against posting of provocative statements on social media while 120 such objectionable posts had been removed.

The police officials also informed the CM that more than 1500 quarantine facilities had been kept ready at 47 places where 16 doctors, 17 nurses, 10 midwives along with 340 police nursing staffs were posted.

They also informed about various activities being carried out to motivate the police personnel of the state.

Later, the CM interacted with the police personnel on duty below the Ulubari Flyover and appreciated the role played by them during these difficult times.