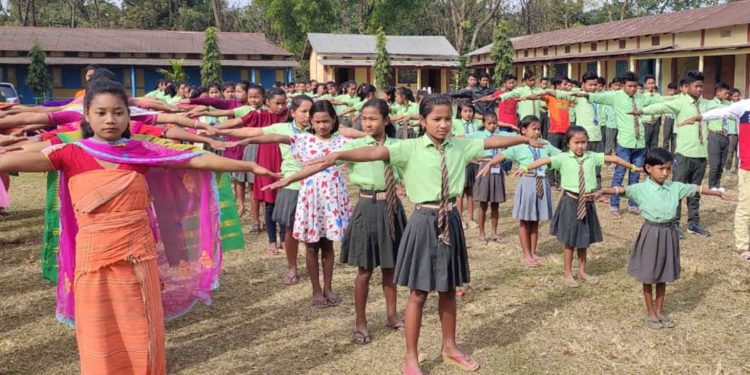 The Assam government has identified more than 3 lakh ghost children that were registered during the previous state government regime.

“More than 3,12000 were identified as ghost children that were registered during the previous state government regime,” a statement issued by CMO said.

The figure has come out in a review meeting of the Samagra Shiksha Abhiyan (SSA), Assam chaired by Assam chief minister Sarbananda Sonowal  at Dispur on Monday.

Revelations were made that the previous government had showed these fake figures of ghost children in government schools of the state for embezzling public money in the name of text book, mid day meal, uniform etc for these non-existent students.

The chief minister took strong note of such corrupt practices and said strict action would be initiated against those found guilty.

It was highlighted in the meeting that a total of 86,094 out-of-school students were identified by the education department out of which 63,406 children were mainstreamed into the formal education system till December 2019.

Chief minister Sonowal announced that a Chief Minster’s Special Teachers Award would be given to the best performing teachers in the government schools of the state.

The award will be given for their contribution to overall development of academic activities of their schools maintaining cleanliness and hygiene, inspiriting the students to achieve their full potential.

He also suggested for developing a ranking system for the government schools on different indicators and parameters.

The chief minister also announced that Sports and Physical Education Grant of Rs 25 thousand would be released to each of 4379 secondary schools (up to Cass X or XII) in the first week of February at a state level function along with annual composite school grant upto Rs 1 lakh.

In the meeting, the chief minister was also apprised about the three months self defence training provided to girl students of 9166 government and proviancialised schools.

He directed the department to cover more schools and highlighted the importance of empowering the girl children with self defence skills.

Discussions were also held about provincialisation of 100 schools in tea garden areas and the chief minister also directed the senior officials of the education department to visit schools regularly with clear objectives.

The chief minister also directed the department to explore the possibility of installing solar power panels on pilot basis at few schools in the city on PPP mode for fulfilling the power requirement of the schools.