The accused has been identified as Saddam Hussain, 23, a resident of Parerchar in Abhayapuri area 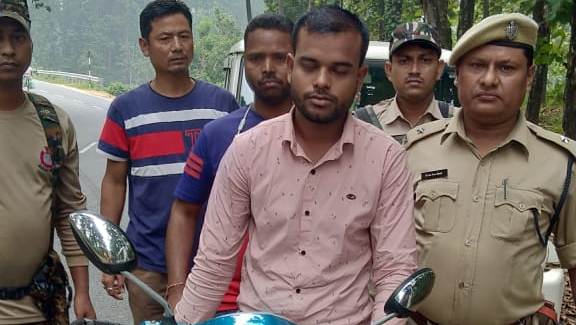 A man with fake Indian currency worth Rs 2.17 lakhs has been arrested by police from Kachugaon in western Assam’s Kokrajhar district.

The accused has been identified as Saddam Hussain, 23, a resident of Parerchar in Abhayapuri area.

Police said a team led by circle inspector of Kachugaon launched a search operation on Tuesday and nabbed Saddam.

Kokrajhar SP Rajen Singh said one scooty bearing registration no. AS-19 H /7880, a mobile phone, fake currency note worth Rs 2,17,900 and some incriminating documents were recovered from his possession.

“During search operation one printer and a bundle of 100 rupee notes were recovered from the house of one Abdul Awal,” Singh added.

Abdul, however, managed to evade the police.