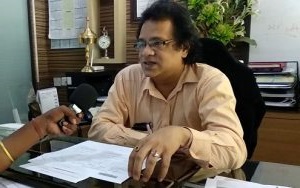 Reacting to a report, Avaaz campaign and Hajela’s reaction, appeared on Northeast Now on July 16, Avaaz campaigner Julie Deruy in an emailed statement has expressed concern over the government not making it clear ‘what would be the fate of people, whose names don’t figure in the final NRC.

“…our greatest concern is that government have not made clear what would be the fate of people not on the final list,” Avaaz said in the statement.

Also the campaign network has written a letter, a copy of which was also forwarded to Northeast Now, to NRC state coordinator Prateek Hajela, expressing its concern over the update exercise.

“Hundreds of thousands of Avaaz members from across the world, including in India, are extremely concerned that the government of Assam is not putting in place the proper precautions to prevent discrimination of minority groups, especially Bengali Muslims, as you update the National Register of Citizens (NRC) in the coming days,” Emma Ruby-Sachs, Deputy Director of Avaaz said in the letter.

“The evidence is mounting that millions of Bengali Muslims in Assam could be deemed “foreigners” by the NRC process, and could be rendered stateless and potentially detained indefinitely,” she said.

Ruby-Sachs said that of the utmost concern is the prospect that those not on the final list will be rendered stateless and subject to indefinite detention under horrific conditions.

“If the NRC removes millions of people from its citizenship registry, does the state plan to incarcerate all of them forever? And will their political and property rights be stripped away immediately?

“The government’s lack of policy, and indeed dire warnings such as the statement by the Chief Minister, are for good reason causing panic amongst vulnerable sections of society. There are even reports of suicides out of fear and desperate in preparation for this citizenship review process,” she pointed out.

Ruby-Sachs called upon Hajela to ensure that the final NRC update is done in a way that complies with international human rights and basic decency, including ensuring that:

“The rights of due process are honoured, specifically that no one is detained or deported without the right to counsel and a fair trial that meets international standards. Nobody in Assam is rendered stateless.

“A naturalization process exists for all people, and the Citizenship (Amendment) Bill 2016 that offers a path to citizenship for non-Muslims, should extend to all, without discriminating on the basis of religion,” Avaaz said.