Northeast to get 3rd international airport by March 2021 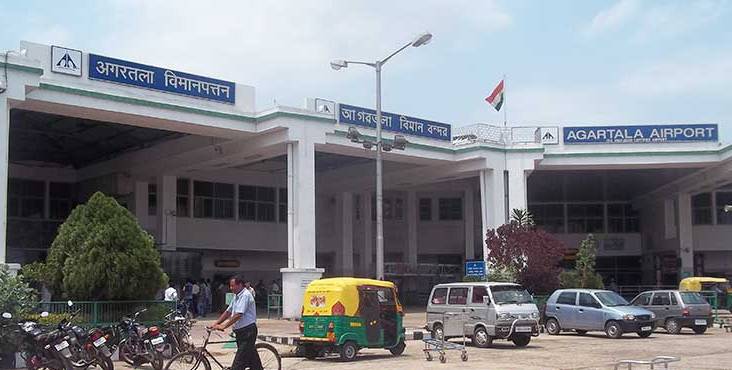 Maharaja Bir Bikram (MBB) Airport in Agartala is set to become the third international airport in the northeastern region.

A Rs 438 crore project is going on to upgrade the airport which will be completed in March this year.

“Construction work on the new integrated terminal building of MBB Airport has been completed and now the interior work is going on. By March 31, all the work would be completed,” an AAI official said.

He said the Tripura government is keen to begin air connectivity with Bangladesh and other neighbouring countries from the Agartala airport.

He said the new terminal has been designed to handle 1,000 domestic and 200 international passengers during peak hours, making it an annual handling capacity of three million passengers.

He said locally available bamboo is used widely in the state for construction whereas tribal artwork and crafts are included to promote cultural tourism.

The art and craftwork is displayed all over the terminal in the form of sculptures, ‘jaali’ work, furniture and murals.

The bamboo architecture is represented in the facade of the terminal building by way of a floral ‘jaali’ pattern depicting the forests and greenery of the region, placed equidistant from each other.

“Depiction of local motifs in metal cladding would create vibrancy while displaying glimpses of the local art to the passengers,” the AAI official said.

The airport, which was built in 1942 by the erstwhile King Bir Bikram Kishore Manikya Bahadur, is the second busiest in the Northeast after Guwahati’s Lokpriya Gopinath Bordoloi International Airport.

Imphal Airport in Manipur was declared as an international airport three-and-a-half years ago.