No decision on nationwide NRC yet: Centre 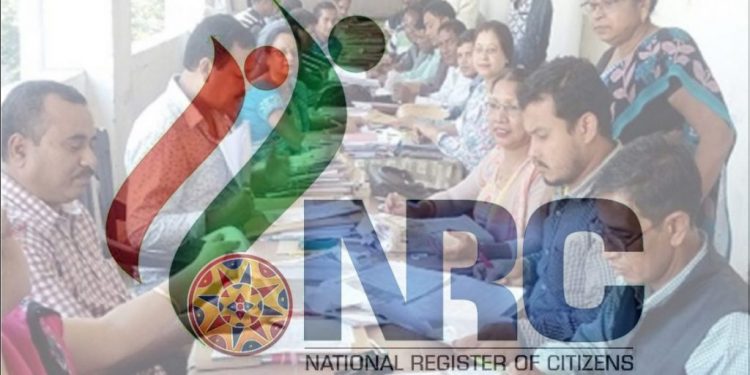 Assam NRC data list was made offline from its official website due to non-renewal of contract with the IT firm Wipro.

Amid nationwide protest against National Register of Citizens (NRC), Union minister of state for home affairs Nityanand Rai on Tuesday said till now the Central government has not taken any decision to prepare NRC at the National level.

He said this while responding to a written reply in the Lok Sabha.

Referring to the preparation and updation of National Population Register (NPR), the minister said population register is a register containing details of persons usually residing in a village or rural area or town or ward or demarcated area within a ward in a town or urban area.

“NPR was first prepared in 2010 and updated in 2015. In pursuance of Sub – rule (4) of Rule 3 of the Citizenship (Registration of Citizens and Issue of National Identity Cards) Rules, 2003, framed under the Citizenship Act, 1955, Central government decided to prepare and update the population register during April to September, 2020 throughout the country, except Assam, for collection of information relating to all persons usually residing in village or town,” said Rai.

Replying to the question of compulsory collection of documents while updating NPR, Rai stated the demographic and other particulars of each family and individual are to be updated and collected.

“No document is to be collected during the exercise; Aadhaar number is collected voluntarily,” he said.

Further, no verification is done to find individuals whose citizenship is doubtful, during the exercise.

The respondent has to provide information for NPR updation true to the best of his knowledge and belief.

The Government is in discussion with the States having concerns in regard to the preparation of NPR, the Minister added.