NIA court sentences ULFA (I) rebel to 6 years in prison 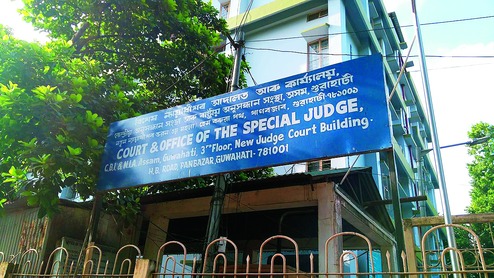 Hazarika, who is known as close associate of ULFA (I) c-in-c Paresh Baruah, joined the rebel outfit in 2008 and was arrested from Charaipung police station area in upper Assam’s Charaideo district in January 2017.

He was rearrested by the NIA on January 18 that year in connection with a case regarding the outfit’s illegal and anti-national activities.

NIA said it had registered a case against the banned outfit in 2013 and “it’s not an incident based, but a suo motu case.”

According to report Hazarika had told the NIA during interrogation that he had served as Asom’s bodyguard when the latter visited an ULFA (I) camp in Ta Ga village of Myanmar’s Sagaing region after becoming the outfit’s chairman in 2012.

The NIA filed a charge sheet in July, 2017 against Hazarika and military chief Paresh Baruah in a Guwahati court and accused them of “waging war against the Government of India, extorting money from government departments and private individuals and commission of terrorist attacks and other unlawful activities.”