Bijoy Asom lobbed the grenade on the security personnel on May 15, 2019: NIA 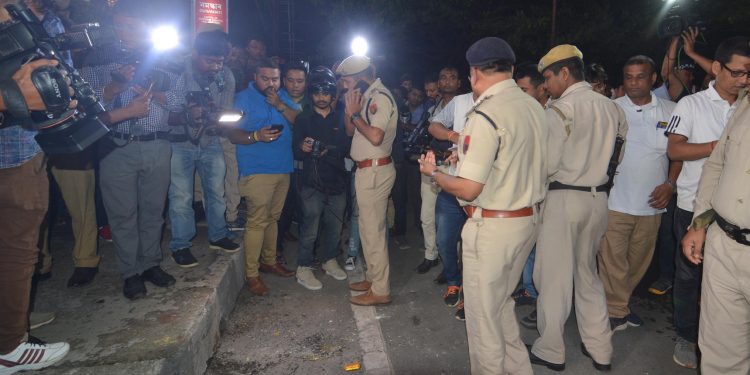 The National Investigating Agency (NIA) on Monday filed chargesheet against eight accused in the case related to Guwahati grenade blast on May 15 this year.

A total of 12 people were injured in the blast that took place in front of Guwahati Central, a shopping mall.

They were arrested for being involved in a grenade attack on security force personnel on duty at RG Baruah Road near Guwahati Central on May 15 evening that left 12 people injured including some with grievous injuries.

According to the statement, investigation revealed that Bijoy Asom lobbed the grenade on the security personnel on May 15, 2019.

In this act, he was assisted by Chinmoy Lahkar.

Jahnabee Saikia had “provided transportation and shelter” to Bijoy Asom and was also actively involved in unlawful activities, the statement said.

Jahnabee Saikia was also “involved in the conspiracy to commit terrorist acts and she had also concealed house”, it said.

The NIA in the statement said Pranmay Rajguru and Sankib Talukdar were “involved in conspiracy, unlawful activities and in providing help and support” to Bijoy Asom in committing the act.

Pranmay Rajguru was in “joint possession of arms, ammunition and explosive substances” along with Bijoy Asom and Jahnabee Saikia.

It said Indra Mohan Bora provided shelter and support to Bijoy Asom who is closely associated with ULFA (I) and provided support to ULFA in committing militant acts and other unlawful activities.

Amrit Ballav Goswami and Prakash Rajkonwar were “involved in the conspiracy of ULFA (I) to create an independent country of Assam”, it said.

“They were directly associated with ULFA (I) and provided support to ULFA (I) for committing terrorist acts and other unlawful activities,” the NIA said in its statement, adding, “Further investigation against other accused persons continues.”