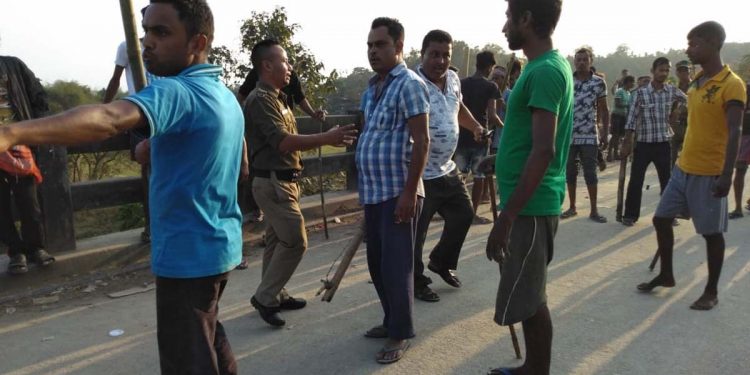 The North East Students’ Organization (NESO) and the All Assam Students’ Union (AASU) have strongly condemned the attack on the activists of Khasi Students’ Union (KSU) during anti-CAA protest at Shella in Meghalay’s East Khasi Hills district on Friday evening.

A member of KSU, identified as Lurshai Hynniewta, was killed following the clash at Ichamati, Shella in East Khasi Hills district on Friday evening.

NESO chairman Samuel Jyrwa and adviser Samujjal Bhattacharya in a statement asked the government to nab the culprits and ensure severe punishment.

“We warn the Central government that the CAA must go and the protest would continue against it. CAA is protecting the interest of illegal migrants and thus it is encouraging illegal migrants to attack the protesters. The Meghalaya incident happened because of that,” Assam Tribune quoted NESO adviser Bhattacharya as saying.

The NESO also said that members of the KSU or the indigenous people of Khasi-Jaintia Hills are not alone in their struggle. “The people of entire Northeast are with them,” Bhattacharya added.