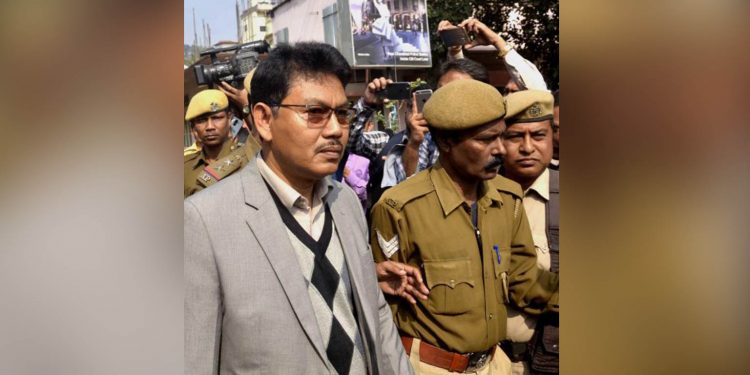 The Gauhati High Court has deferred the hearing on the bail plea of National Democratic Front of Boroland (NDFB-R) chairman Ranjan Daimari till March 5.

The validity of Daimary’s four-week interim bail had ended on February 20 and he back to Guwahati Central Jail as per high court order.

He was granted interim bail on January 24 to participate in the signing of the Bodo Accord on January 27.

Daimari’s counsel Manas Sarania said, “The bail hearing was not completed today. The court has fixed March 5 for the next hearing.”

Daimari was sentenced to rigorous life imprisonment last year for the 2008 Assam serial bomb blasts that killed over 90 people and left about 400 injured.

A series of blasts were triggered by the Daimari-led outfit in Guwahati, Kokrajhar, Bongaigaon and Barpeta Road on October 30, 2008. The CBI had probed the case.