Much-awaited Bogibeel bridge set to be commissioned in June 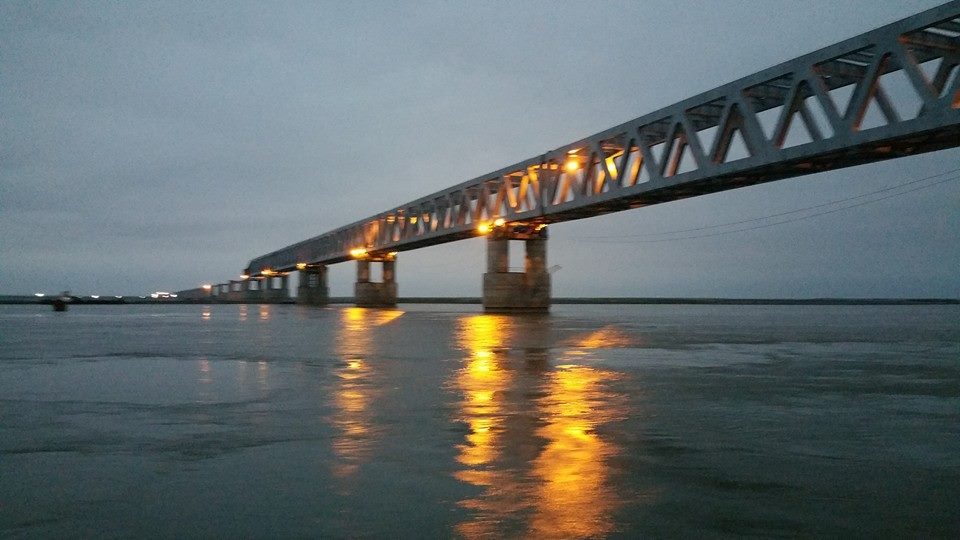 The long-awaited Bogibeel road-cum-rail bridge is finally set to be completed in June this year.

According to an official, out of total 41 girders, the work of laying the railway tracks on the lower deck and concreting of road on the upper deck have already been completed up to 29th girder and remaining work will be completed up to 32nd girder within a week.

“Simultaneously, the work is also progress for construction of a connecting road bridge on NH-52 B near Dhamalgaon in Dibrugarh. The connecting road in the south bank connecting NH37 in Lepetkatta is likely to be completed within 3 to 4 months,” said the official.

The bridge will be dedicated to the nation after getting clearance from the Commission of Railway Safety.

According to information, the CRS team which deals with matters pertaining to safety of rail travel and train operation, will visit to inspect the bridge after the completion of the same in all aspects.

Also, the three-lane highway on the bridge will have footpaths on either side of the road deck and there would be electrical and lighting works on the structure.