The funeral will take place on Wednesday at the Cathedral of Mary Help of Christians, Laitumkhrah, Shillong at 1 pm 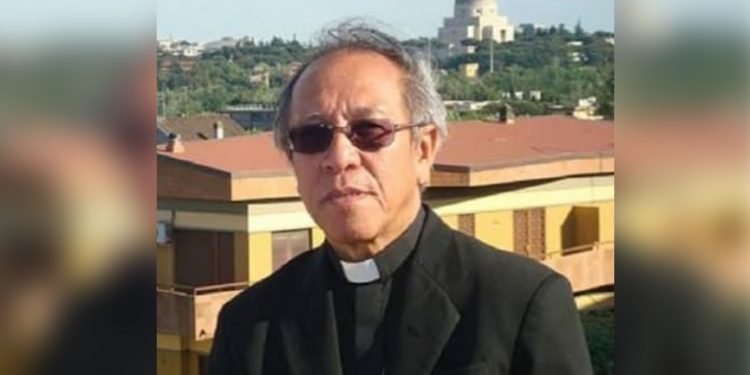 The mortal remains of the Archbishop of Shillong Archdiocese, Dominic Jala will be first taken to St. Joseph’s Co-Cathedral, Guwahati after arriving at the Lokpriya Gopinath Bordoloi (LGBI) Airport from USA.

The mortal remains of Archbishop Jala will arrive at LGBI airport on Sunday at 2.45 pm.

The funeral will take place on Wednesday at the Cathedral of Mary Help of Christians, Laitumkhrah, Shillong at 1 pm.

Fr Januarius S. Sangma SDB, the Provincial of Guwahati has urged confreres and friends to join the Requiem Mass and pay tributes to the Archbishop before taking his mortal remains to Shillong.

Archbishop Jala was earlier the Provincial of Don Bosco, Guwahati.

After the Mass, the mortal remains will be taken from Guwahati to Shillong with stopovers at Byrnihat parish, Nongpoh parish, Umsning parish and Mawlai Parish.

The mortal remains of the Archbishop will be kept in his parental home at Mawlai Phudmuri for the night.

From October 21 till the funeral on October 23, the mortal remains will be kept in the Cathedral Church for faithfuls to pay their homage.

Diocesan Administrator of the Shillong Archdiocese, Fr John Madur who released the information, said that further details regarding the last journey of the Archbishop and the funeral will be communicated in due course of time.

The Archbishop died in a car accident along with Fr Mathew Vellankal at Colusa County, Oakland in California, USA on October 10 at around 2.20pm (October 11 morning in India).

A Toyota Prius where Fr Mathew, Archbishop Jala and Fr Joseph Parekkatt were travelling in was hit by a tractor-trailer truck on the California Route 20 near Wilbur Springs.

Fr Joseph who looks after St. Anne Parish in Walnut Creek, was injured.

Meanwhile the Diocese of Oakland, California in USA has also released the funeral arrangements for Fr Mathew Vellankal.

However, the burial will be in India.