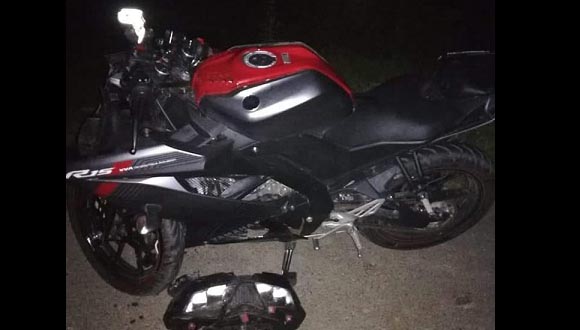 In a tragic incident, a sixth semester TISS Guwahati student died when he was knocked down by an escort vehicle of Assam Health Minister Himanta Biswa Sarma near Bharalumukh here on Thursday.

The student has been identified as Anupam Chakma who hails from Tripura. The student who was driving a motorcycle, was hit by the vehicle which was coming from Jalukbari side, near the Apollo point at Bharalumukh.

He was immediately rushed to the Gauhati Medical College and Hospital (GMCH) in a critical condition. He was subsequently referred to GNRC hospital where he was declared brought dead.

The escort car bearing registration number AS 01 HC 8600 has been seized. The Assam Police said that the car was rented by them but they don’t know whether it belonged to the Minister’s convoy.

However, a source informed that the car belonged to Health Minister Himanta Biswa Sarma‘s convoy.