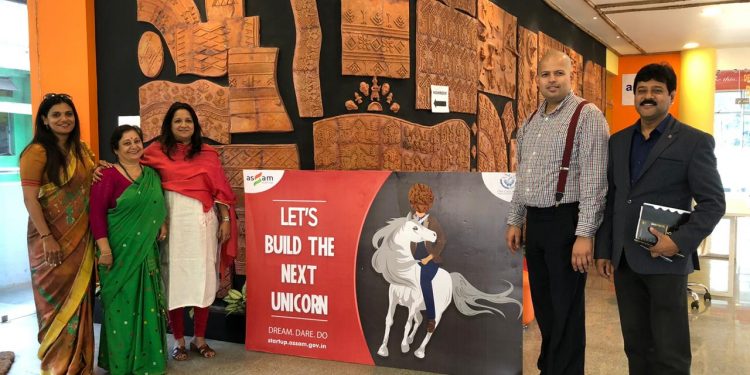 A Microsoft team on Monday approached the Assam Industries and Commerce Department.

During the course of discussion, it was decided that Microsoft would actively collaborate with Assam Government to support the startup ecosystem in the State.

Microsoft also submitted a proposal that it would facilitate its know how on advanced technological system, cloud computing and artificial intelligence to the startup incubates for national and international exposure.

Microsoft would also conduct reach-out programmes to encourage the entrepreneur community of the State.

Microsoft, in association with the State Government, would soon organize a Startup Summit among all the stakeholders in Guwahati in April.

The Microsoft team also visited the state-owned marquee incubation centre – ‘The Nest’ – and was highly impressed by the infrastructure set up at Ambari.

They also interacted with the Cohort 2.0 incubates who are undergoing mentoring at the incubation centre.

Dr K K Dwivedi assured that the State Government would provide all out support to make the endeavour of Microsoft fruitful.

Dr Dwivedi envisaged that this venture would highly benefit in creating employment and entrepreneurship among the youths.