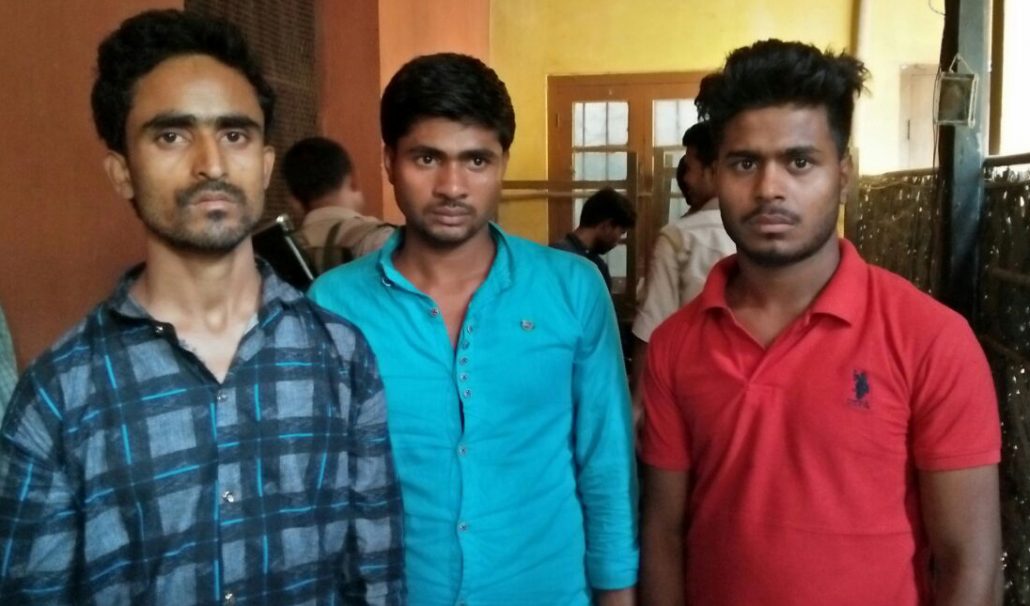 The suspected human traffickers who were arrested by Mangaldai Police. Northeast Now

The Mangaldai Police in Darrang district acting promptly was able to rescue a girl and a young married woman from the hands of suspected human traffickers.

The police also succeeded in arresting three youths  red-handed while they were proceeding to Guwahati to hand over both the girl and the married woman to a gang of traffickers.

The arrested youths have been identified as 24-year-old Rejaul Hoque, son of Julhas Ali, 27-year-old Babu Ali alias Mahijul Islam, son of Sukur Ali, both from Botabari village and Shah Alom, son of Abdul Hamid of Bechimari village, all under the Dalgaon Police Station in Darang district.

The police also seized one Maruti Alto car bearing registration number AS 01 X 1867 which was used in the suspected trafficking.

According to information, a team of police led by Officer-in-Charge of Mangaldai Police Station, Inspector Niranjan Barua at about 9.30 pm on Thursday noticed three youths with a girl and a woman dining in a doubtful manner at NP Dhaba at Punia near here.

Initially, the trio identified themselves as Hindus, but as the Officer-in-Charge checked their identity cards, they failed to conceal their real identity.

The arrested trio has reportedly confessed before the police that they had picked up both the girl and the woman from Koupati area by making a false relation and were on the way towards Guwahati that night.

Meanwhile the police have already registered a case (Mangaldai PS case No 318/18) under Section 372 of the Indian Penal Code (IPC) and produced them in the court which sent the suspected human traffickers to judicial custody.