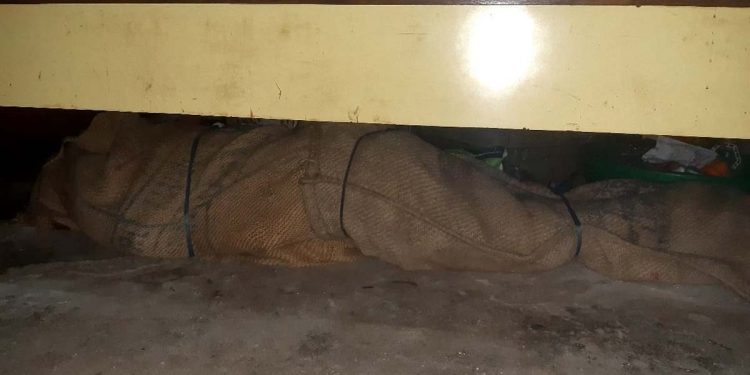 The body of the victim. Image credit - Northeast Now

Sensation prevails after a man strangled his wife to death in Guwahati.

The incident took place at Lakhminath Bezbaruah Road in the Hatigaon area on Sunday night.

According to reports, the accused had been residing in the area for the last 8 years.

After killing his wife, the man tied the body of his wife in a sack, kept it under his bed and fled from the scene.

The accused, who has been identified as Moinul Haque, is currently absconding.

The victim has been identified as Rashida Begum.

Hatigaon Police have started an investigation and launched a manhunt in search of the killer.

According to reports, Moinul Haque fled along with their child.

A local said the couple often used to quarrel.