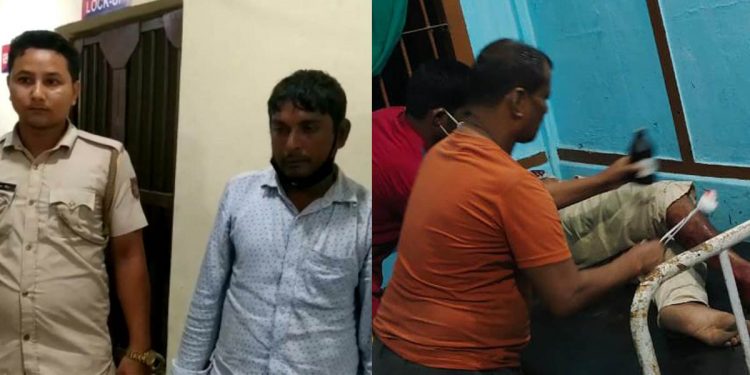 A woman and her 9-year-old daughter, who went missing from Ramechuburi village under Tamulpur police station in Assam’s Baksa district, were rescued from Bihar on Friday.

The mother and daughter were allegedly abducted from Ramechuburi village of Tamulpur sub-division under Baksa district by a man from South Salmara Mankachar district, identified as Zahirul Islam.

It has been alleged that the man abducted the mother-daughter and sold them in Bihar.

The woman and her 9-year-old daughter were reportedly abducted on June 22.

Police said Zahirul made a relation with the woman through “missed call” and developed love and after a few days he abducted the woman and her 9-year-old child and sold them in Premnagar under Kishanganj police station in Bihar’s Bahdurganj district.

After his wife and daughter went missing, Bhubaneswar Das, the woman’s husband, filed an FIR at the Tamulpur police station.

The husband of the woman also posted a video on social media and sought help from Assam Police and chief minister Himanta Biswa Sarma to rescue his wife and daughter.

As the video went viral, Tamulpur police started an investigation into the case so that they can safely rescue the abducted woman and her daughter.

The police team reached Bihar without delay along with the accused, Zahirul.

On the basis of Zahirul’s statement, the duo was rescued on Friday morning from Premnagar area under Bahadurganj police station in Kishanaganj district of Bihar.

According to police, Zahirul Islam tried to escape from the clutches of the police and he was shot by Tamulpur police to foil his escape bid, in which he was injured on Friday night.

The incident took place on Friday night when Zahirul was taken to Ramechuburi village for interrogation.

“He attempted to flee from the custody of police taking the arms of a police officer, prompting the cops to shoot him on the leg in which he received three bullet injuries,” police said.