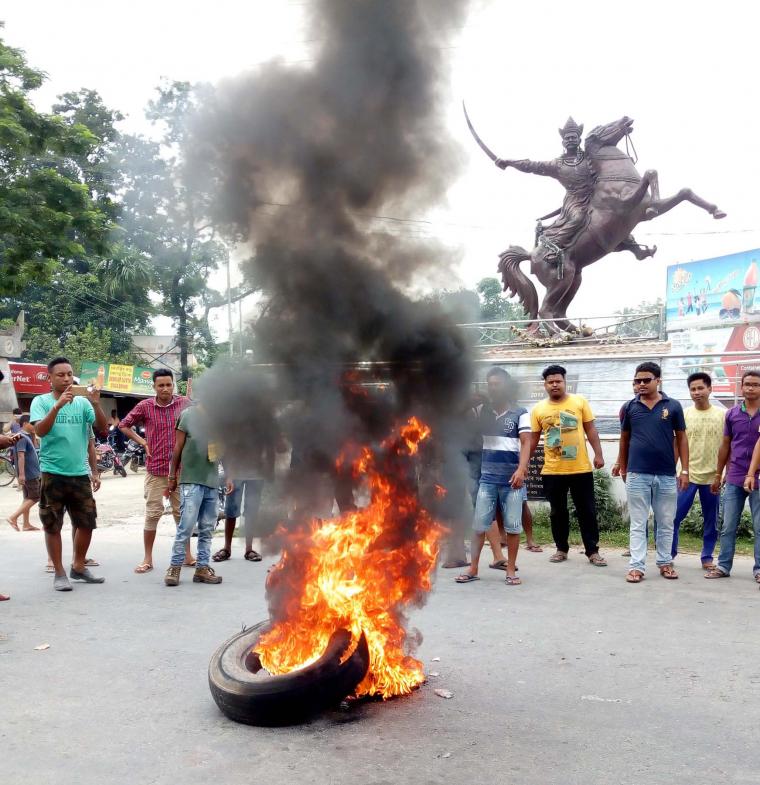 One Safiur Rahman of Khaitpara under Abhiyapuri in Bongaigaon district sustained burn injuries as bandh supporters poured petrol on him and set him on fire.

An auto rickshaw by profession hailing from Choraiklola area in Kokrajhar district, Rahman was on way to Kokrajhar from Bholpurr along with a friend.

Irate bandh supporters stopped them at the scene of crime. The protestors also tried to set the auto-rickshaw on fire.

However, the vehicle was badly damaged by the protestors.

Sporadic incidents of violence were also reported from several places.

The bandh has been called in protest against Bodoland Territorial Council (BTC) executive council’s decision to bar people living in the council area from selling their land to any non-tribal in the BTC area.

Earlier on Monday, minority student groups in Bodoland Territorial Areas District (BTAD) have decided to launch a joint movement against the Bodoland Territorial Council (BTC) alleging that the BTC has made a covert design to curtail the land rights of non-tribals, who are living in the Council area.