KK Handiqui National Awards given away 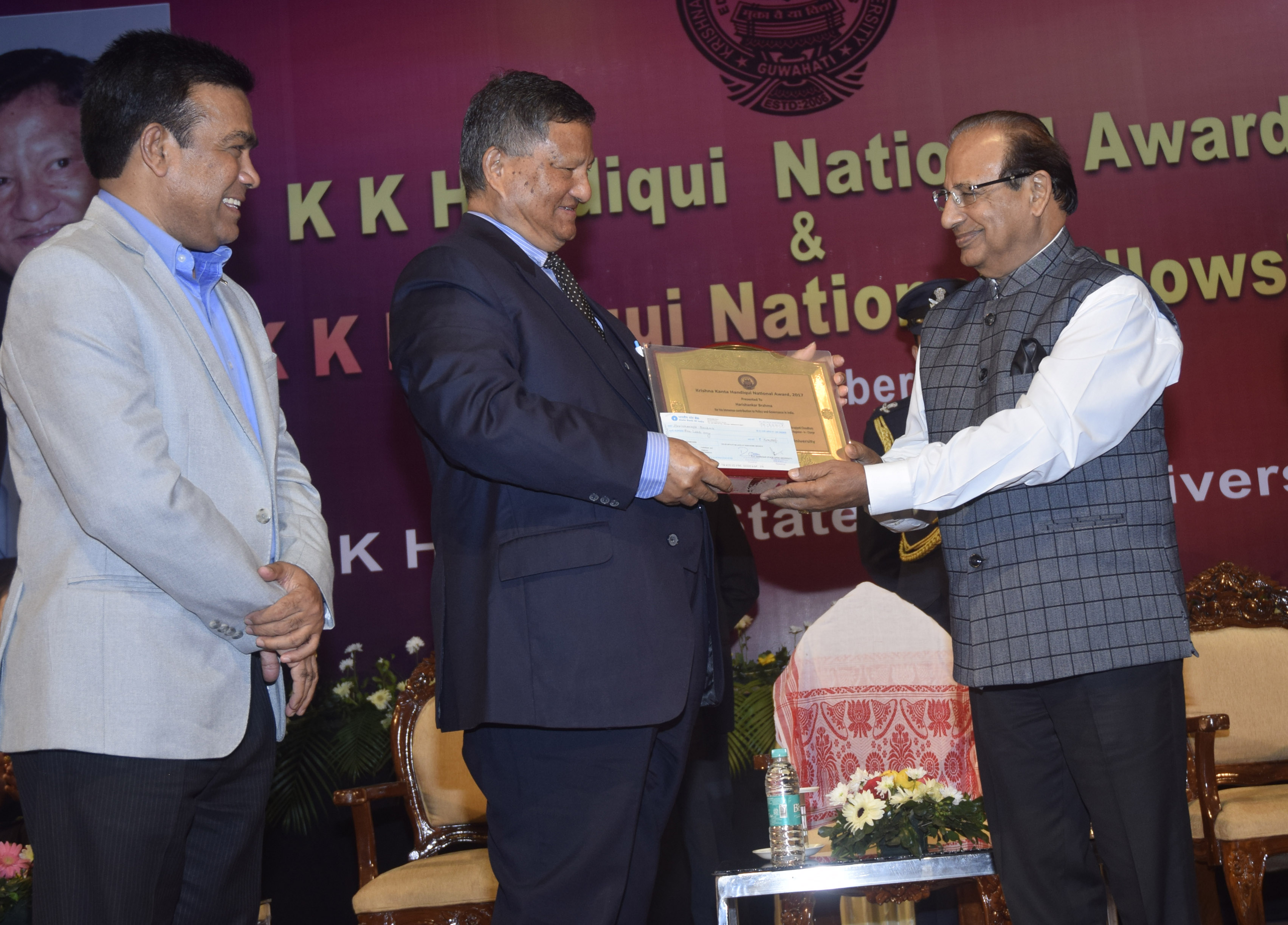 Speaking on the occasion which was aptly organised as an extension of the social commitment of the university and its family members, Governor Mukhi said K. K. Handiqui National Award and KK Handiqui National Fellowship upheld the desire of the University community to honour those brave souls whose actions have significantly contributed to in enlarging the vision of life and society.

He hailed the role of K.K. Handiqui State Open University which is acting as a harbinger of truth and democratic values and encouraging the freedom of thought and inquisitiveness of human mind.

Acknowledging the role of K.K. Handiqui State Open University, Prof Mukhi said that the university with its diverse learner base and different academic programmes, has been successful in penetrating deep into the social issues experienced by the common man.

It has also successfully adjusted itself with the needs of various sections of the society and can design plans and programmes to influence the courses of social dynamics.

Former CEC Brahma in his speech said the greatest resource of the state is its human resource.

“If the state lacks adequate pool of educated and knowledgeable persons, the state can never prosper.  Backwardness, poverty, ill health, hunger is linked to poor education standard. Therefore the biggest endeavour of any state is to ensure that literacy rate goes higher,” he said.