The population of the swamp deer currently stands at 907, whereas the last survey conducted in 2016 found their population to 1148 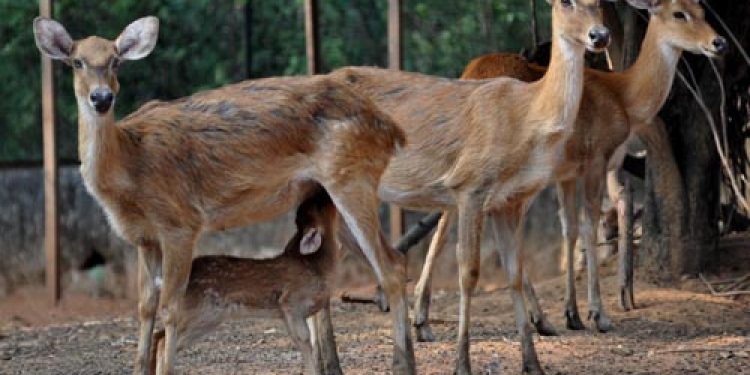 This was found in a recent survey done of the endangered eastern swamp deer.

For the survey, data was collected from 24 different compartments or blocks inside the forest area of the park.

Forest officials of the park informed that the last survey of the swamp deer species was conducted in 2016 and the total population back then was 1,148.

In the park, Eastern range of Agratoli, 156 Eastern Swamp Deer were found in 4 blocks.

According to official sources, most of the species of Eastern Swamp Deer are now pregnant and expected to give birth to new individuals by the later part of January and February, reports the Assam Tribune.

A pre-census briefing was held on November 27 at the Forest Convention Centre where the census enumerators were apprised about the methods and processes of head counting of the species inside the forest by Research Officer R Sharma.