Karbi to be introduced as MIL from 2021 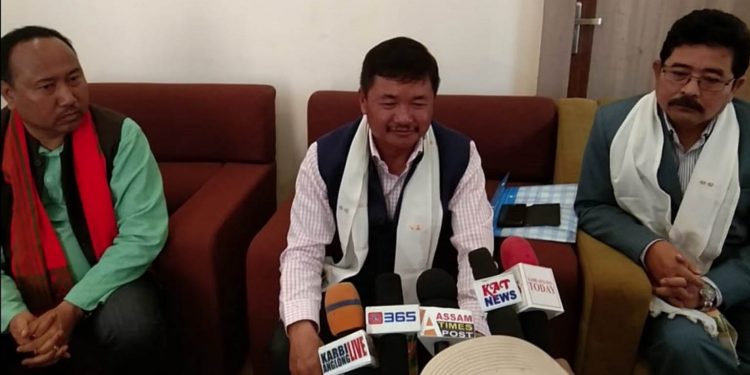 From 2020 academic session, Karbi will be introduced as an alternative subject, which from 2021 will be one of the MIL subjects in every school of Karbi Anglong.

This was informed to the media by the Karbi Anglong Autonomous Council (KAAC) Chief Executive Member (CEM) Tuliram Ronghang in Duphu on Monday.

“For the past few years, I have been pursuing with the State government for introducing Karbi as MIL in the schools of Karbi Anglong,” Ronghang said.

“When I was in charge of education, I have pursued this with the then state education minister Himanta Biswas Sarma,” he said.

“Joyram Engleng was the CEM then and we signed an MoU with the Assam government and today, after seven years it has materialised,” Ronghang added.

“With the strong initiative by Karbi Language Development Board chairman Longsing Teron, SEBA has taken up the matter and agreed to introduce Karbi as a MIL subject,” Ronghang added.

“In the current academic session, the subject will be introduced as an alternative subject. But from 2021 it will be a MIL subject,” he reiterated.

Karbi Language Development Board, KAAC will be preparing the textbooks and the private schools would be able to procure these from KAAC, the CEM said.