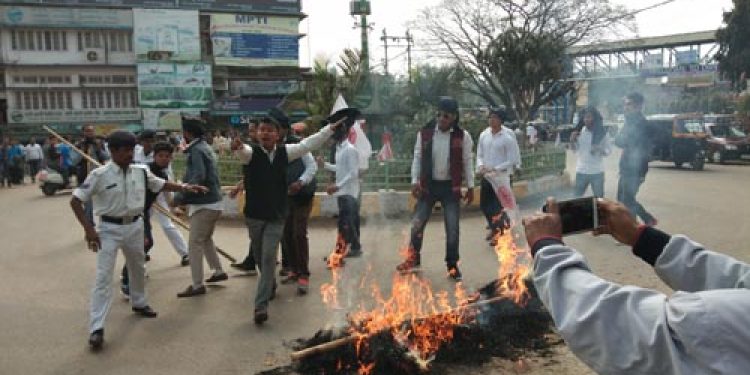 In Diphu the KADSU protested by burning the effigy of PM Modi at police point in Diphu market near Diphu post office. The protesters shouted slogans against the prime minister and against the bill. Slogans of “Narendra Modi Hakthu, Hakthu” was shouted at the protest.

As the AASU activists were protesting a policeman tried to put out the fire but KADSU General Secretary Sorjon Hanse prevented him from doing so.

The 12 hour bandh called by Tai Ahom Yuva Parishad against the CAB had no effect in the district of Karbi Anglong and West Karbi Anglong.

Schools, Diphu Government College, and the markets were open. Long distance buses did not run but other passenger vehicles plied on the roads normally.