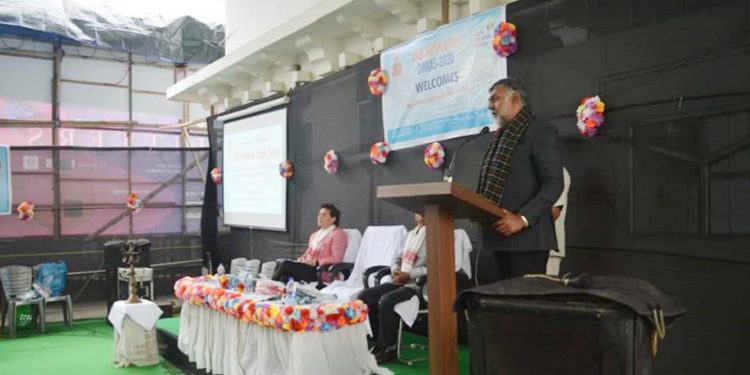 Janaushadhi Diwas 2020 was celebrated on Saturday in Girijananda Chowdhury Institute of Pharmaceutical Science (GIPS) in Guwahati.

It was attended by union tourism minister Prahlad Singh Patel along with and Regional Director of Ministry of Tourism SS Deb Barman.

GIPS is the first Pharmacy Council of India (PCI) approved pharmacy institute to set up a Janaushadhi Kendra in the entire northeast region of India.

Janaushadhi Divas (Generic Medicine Day) is observed every year with an aim to create awareness about the use of generic medicines.

The Pradhan Mantri Jan Aushadhi Pariyojana (PMBJP) scheme was announced on July 1, 2015, by the Prime Minister of India, Narendra Modi.

The prices of high-quality medicines are being reduced by the government below the market price under this scheme.

‘Jan Aushadhi Stores’ has been set up by the government, where generic medicines are being made available.