Ramesh, who spent around half an hour at Silchar detention centre, spoke to the detainees and took stock of their conditions 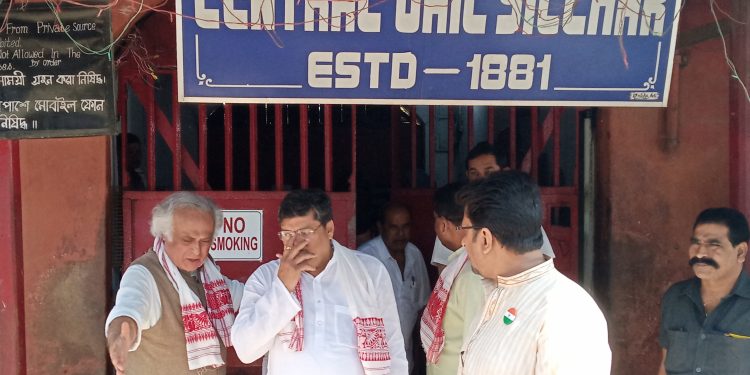 Congress leader Ramesh said, “48 detainees in this centres have claimed themselves as bonafide citizens of India. If that is the case, it’s a gross volition of human rights.”

Sources said there are a total of 78 detainees in the Silchar detention centre.

Ramesh, who spent around half an hour at the centre, spoke to the detainees and took stock of their conditions.

“17 detainees have confessed that they are Bangladeshis, who have been lodged in the jail for last several years. However, the process to deport them has not started,” said Ramesh.

“My point is that there are many detainees, who have spent more than three years in this detention centre, and as per law, with a surety of Rs Two lakh they can get bail. But, having said these, the law has to take its own course,” added the Congress leader.

Ramesh said that based on the findings, the team would submit a report on the detention centre to Congress president Sonia Gandhi.

The former union minster is on a week-long tour to Northeast to take stock of the situation in arising out of the Naga peace talks and gather the opinions of people and party leaders on the NRC and Citizenship (Amendment) Bill.