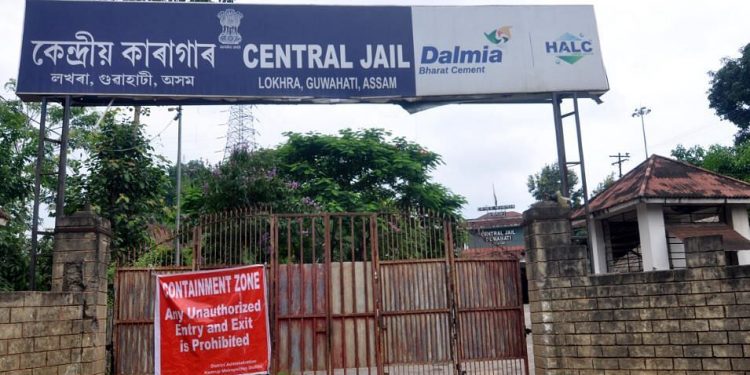 The Assam Human Rights Commission (AHRC) has asked Assam government to submit a report on the alleged violations of Covid-19 protocol in Guwahati Central Jail by August 5, 2020.

Taking cognizance of a complaint by Leader of Opposition Debabrata Saikia over the issue of violation of the COVID-19 protocol and an absence of necessary healthcare facilities in the Jail, the rights panel asked State chief secretary and IG (Prisons) to submit report.

The AHRC drew attention of the authorities towards Saikia’s complaint that states that the condition in Guwahati Central Jail was very alarming as no proper COVID-19 tests, treatment, etc., was being done for the jail inmates.

The panel, comprising its chairperson Justice T Vaiphei and members Naba Kamal Bora and Deva Kumar Saikia asked both the Chief Secretary and the IG (Prisons) to explain in their report as to what actions have been taken by them over the complaint made by the Leader of Opposition on July 9.

Saikia in his complaint had alleged that he had written to the Chief Secretary of Assam, the Commissioner, Home and Political Department and the IG (Prisons) on July 9, demanding an inquiry into the matter, proper treatment of the prisoners and release of under trial prisoners, including political prisoners.

Saikia alleged that no action was taken by the authorities over this matter, even as the condition deteriorated within the jail premises.

Saikia, in his letter to the AHRC, has also asked the Commission to direct the State government to constitute a committee to ascertain whether COVID-19 related facilities are being provided in various major government hospitals of Assam.