Irregularities and nepotism by Gaon Panchayat representatives in the selection of beneficiaries of Assam Orunodoi Scheme have surfaced in Lakhimpur district.

Assam Orunodoi Scheme, launched on October 2 last, is one of the biggest Direct Benefit Transfer (DBT) schemes launched by the Assam government.

In various Gaon Panchayats of Lakhimpur district, the deprived persons, despite having all the required eligibilities for the benefit, have been alleging rampant irregularities in the beneficiary selection process.

The villagers alleged that their elected representatives have deprived the eligible ones.

They said the local leaders of the ruling party indulge in nepotism in selecting the beneficiaries by ignoring the prescribed norms.

In Dangdhora GP, the Takam Mising Porin Kebang (TMPK) took out a motorcycle rally against the alleged irregularities.

Speaking against such irregularities after the rally, a TMPK leader said there were 650 beneficiaries for the scheme in Dangdhara GP as surveyed according to the norms but the BJP members of the Panchayat prepared a different list.

He alleged that the new list, prepared by the BJP members of the GP, was of 881 beneficiaries, which included wives of school teachers, students of GNM, minor girls aged 8-9 years and had only 8 genuine persons.

TMPK alleged that the selection process of beneficiaries was carried out in five schools instead of villages, where there were reports of married women who claimed to be widows.

In Bihpuria, an abandoned woman, who stays alone and works as a daily wage labour in No. 1 Rajbari village, said her name did not appear in the beneficiary list even after she had filled the form.

Another deprived woman demanded that the scheme be scrapped if it was not meant for the poor and destitute women.

At Bholabari GB in Narayanpur, angry women stormed the Gaon Panchayat office on Tuesday for alleged irregularities in selection of the beneficiaries for the Orunodoi scheme.

The deprived women alleged that the list, prepared by one Pradip Gogoi alias Singphow, included beneficiaries who own car.

Similar protests have been reported from No. 1 Ward of Dhalpur GP in Lakhimpur where differentially-abled persons were allegedly left out from the beneficiary lists by Panchayat members and ruling party leaders. 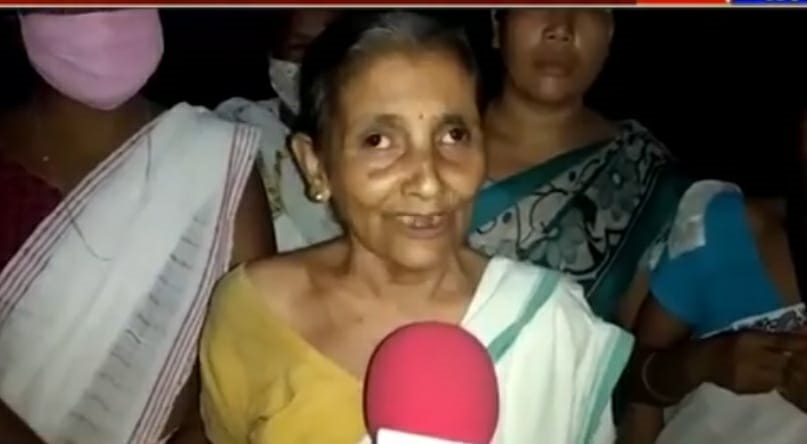 Assam Orunodoi Scheme was launched by the state finance department to provide an amount of Rs. 830 per month to 17 lakh families of the state.

The main objective of the scheme is to help all of the residents of Assam to lead a happy life without any financial trouble.

The amount has a break-up for buying medicine, subsidized pulses, sugar and fruits and vegetables.

As per norms, the Orunodoi scheme will cover families with widows, unmarried women, families with a differentially-abled member and families having a divorcee woman.

Besides, the poor families not having ration card for free rice will get the preference, poor families with the National Food Security Scheme (NFSS) cards, families who own two or three-wheelers, tractors under Self-Help Groups can avail the benefits.