IPL 2020 schedule out, Guwahati still not a confirmed venue

The schedule for the Indian Premier League (IPL) 2020 was released on Saturday and it did not figure Guwahati as a confirmed venue for Royals’ two home matches.

Even though Guwahati’s name featured in the list of venues, however, it seems that the organisers have kept Guwahati as an ‘optional’ venue.

Royals co-owner Manoj Bedale announced Barsapara Cricket Stadium as one of their home venues on November 6, 2019.

The turn of events thereafter, however, have made things complex and Guwahati still remains optional venue.

In a Public Interest Litigation (PIL) filed in the Rajasthan High Court, three petitioners – Rahul Kanwat, Vimal Chand Choudhary and Yogesh Kumar – argued that shifting of matches outside Jaipur “would be disrespectful to the state”.

After the PIL, the Royals’ management of Rajasthan Royals has sought a short adjournment to the hearing to file the reply and the matter was listed for February 13.

However, as of now, the court has not delivered its judgement and until the court gives a green signal, IPL in Guwahati is still an elusive dream.

Moreover, a section of members of BCCI’s Governing Council also expressed their apprehensions of having any IPL match in Guwahati.

“The disgraceful wash-out of the India-Sri Lanka match on January 5 had a negative impact on the BCCI and hence they are not in favour of holding matches in Guwahati,” sources said.

The IPL is scheduled to begin from March 29 and the matches in Guwahati are scheduled on April 5 and April 9.

“It is during this time that Assam is lashed with heavy storm and severe downpour. In such a scenario, the BCCI would not like to take a risk by having matches here in Guwahati,” sources said. 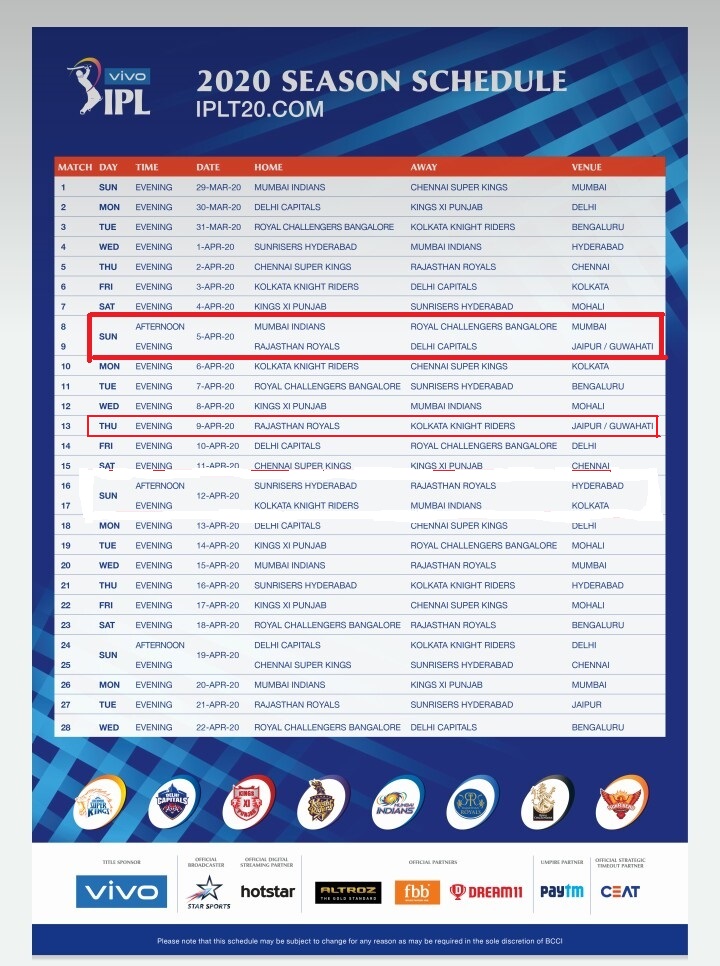 Covid crisis: Over 99% of sex workers look for alternative livelihood