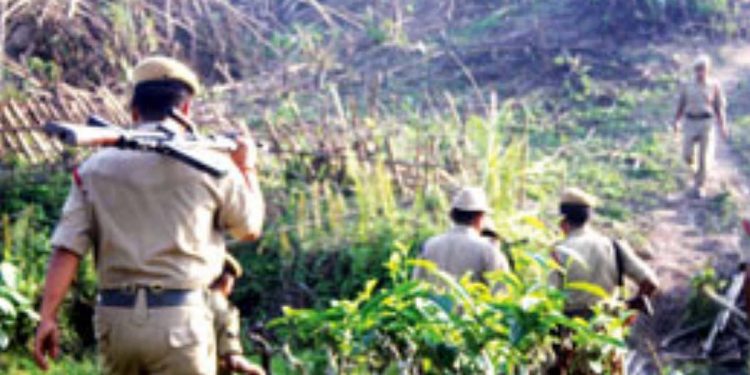 The Forest Department on Tuesday set up a forest protection camp at Dissoi Valley Reserve Forest along the Assam-Nagaland border at Mariani in Jorhat district to stave off further inroads by Naga miscreants from across the border.

The forest personnel will be provided security by Assam Police.

The camp has been set up at the spot where the then Mariani MLA Rupjyoti Kurmi was shot at by miscreants from Nagaland at the interstate border at Balijan Pahar in his constituency on May 27.

“We apprised the deputy commissioner and superintendent of police regarding this and a decision was taken to set up a forest protection camp,” the DFO said.

“The camp has been set up in order to enable Forest staff to maintain close watch by carrying out patrolling in the area to prevent any kind of untoward incident,” he added.

A month ago Kurmi along with his PSOs and other security personnel had gone to verify reports of encroachment from the other side at the Dessoi Valley reserve forest area near the New Sonowal BOP when they faced a barrage of bullets.

Kurmi along with his PSOs, six security personnel, reporters and a few other people who had accompanied him had to flee to save their lives.

The Dissoi Valley Reserve Forest had been cleared and banana and areca nut trees had been planted along with pulses by Naga villagers and Nagaland claimed that the area was theirs.

Tension erupted after the firing incident as Kurmi resorted to an indefinite fast seeking eviction of encroachment allegedly by people from Nagaland.

It was after the Special Assam DGP GP Singh along with other senior district administration and police officials visited the spot on May 28 and held talks with authorities of Nagaland at the site the tension was defused and Kurmi withdrew the hunger strike.