Samir’s grandfather – Hiranmay Banerjee was a resident of Assam. 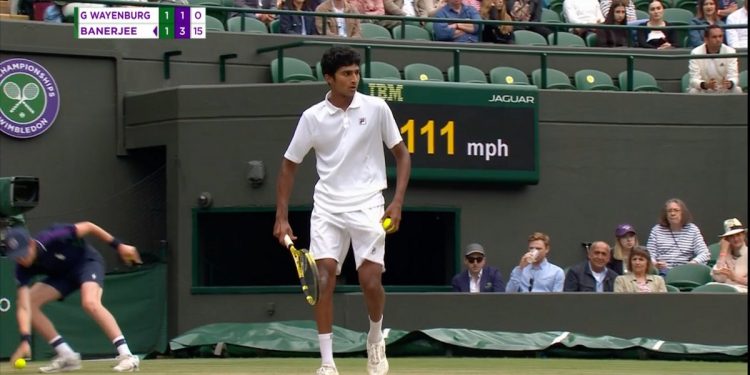 Indian-American Samir Banerjee, who has his roots in Assam, has stormed into the finals of boy’s singles at the Wimbledon.

Samir Banerjee defeated Sascha Gueymard Wayenburg from France in the semi-finals by 7-6, 4-6, 6-2.

Samir hails from Basking Ridge at New Jersey in the United States. His father – Kunal Banerjee is a financial consultant in the US.

However, Samir’s roots trace back to the Northeast state of Assam. Samir’s grandfather – Hiranmay Banerjee was a resident of Assam and was the General Manager of Oil India Limited, which has its headquarters at Duliajan in Assam’s Dibrugarh district.

Later in the late 80s, Samir Banerjee’s parents – Kunal Banerjee and Usha had shifted to the United States.

Kunal and Usha met each other in the United States and eventually tied the knot.

Samir and his elder sister Divya were born in the United States.

Meanwhile, although Samir has excelled in the sport of tennis, his father – Kunal has said that he wants to see his son do well in academics.

Wimbledon is the second Grand Slam that Samir Banerjee is participating. Earlier, last month, 17-year-old Samir had crashed out of the French Open in the first round.

Meanwhile, Samir Banerjee has also been able to make it into the semi-finals of the Boy’s doubles event, where he paired up with Japan’s Kokoro Isomura.