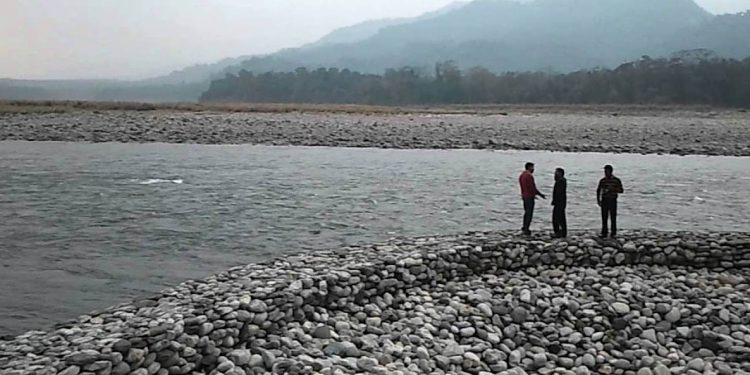 India & Bhutan to work together for Manas river Photo: Youtube

India and Bhutan have teamed up to work for an integrated river basin management plan for the Manas river which flows between southern Bhutan and Assam over an area of 41,350 sq. km

The concept for the Manas integrated river management project was cleared by Global Environment Facility (GEF) of United States.

The project was initiated by World Wide Fund(WWF) under international waters focal area and a number of department of both the countries have been selected to work  for the project.

In Assam the water resources department, Bodoland Territorial Council, central water commission, Assam State Disaster Management Authority have been involved in the project and in India, the focal point would be the Union ministry of environment and climate change.

The project, estimated to be around $8.9 million aims to eradicate the risks of floods in both the countries and compensate the loss to livelihood, food security, life, property, and infrastructure in the regions of the Eastern Himalayas, specially Assam.

Discussions are going on in both countries regarding the project with various stakeholders at national and local levels.  A high-level bilateral meeting is hoped to be taken place within the next few months between both the countries to initiate the detailed project proposal preparations.

The project document mentioned that the cross-border and downstream areas surrounding the Manas river are prone to floods and can cause severe degradation any time.

The document also mentioned that the areas of national parks of India and Bhutan near the Manas river have been highly affected by the 2016 floods and necessary steps need to be taken to prevent further loss of flora and fauna.

It also says that even though both the countries have strong cooperative ties , none of the current cooperative mechanisms between the two governments is in direct support of transboundary Manas river basin and only some committees have been working for saving the flood prone areas around the river and no mechanisms have been there to facilitate joint cooperation for an integrated management of the Manas river basin which originates at 7500 m in the glacial Himalayan regions, reports The Telegraph.

The river flows through many habitats rich in flora and fauna especially through the Royal Manas National Park and the Manas wildlife sanctuary .