In a first in Northeast, Guwahati Airport implements A-CDM system 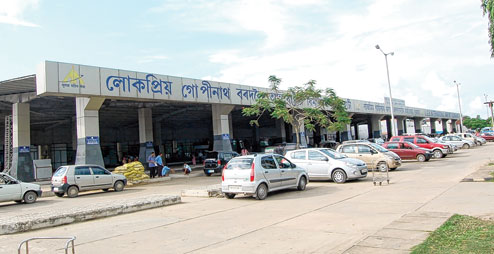 The A-CDM platform is a common information sharing platform for processing timely and accurate information for quick and precise decision making.

LGBI airport is the 8th Airport in India where Airports Authority of India (AAI) has executed such task in the country.

Before Guwahati it is functional at Delhi, Mumbai, Kolkata, Chennai, Jaipur, Ahmedabad and Trivandrum.

The A-CDM services at LGBI Airport in Guwahati was inaugurated on Sunday by Sanjeev Jindal, regional executive director, AAI-NER in presence of Ramesh Kumar, airport director, Guwahati Airport, AAI said in a statement .

The primary focus of the A-CDM is on reducing aircraft holding delays at the runway holding point, the AAI statement said.

“This results in substantial saving of aviation fuel and reduction in carbon emissions,” added AAI.

This is achieved by improving the decision-making process by sharing relevant information among aviation stakeholders, it said.

The improved version of the A-CDM platform was installed and commissioned at Chennai and Kolkata airports last year, the AAI said.